The two largest and most imposing structures of Jerusalem two thousand years ago were the Temple and King Herod’s royal compound that included his palace, a large water pool, and three large towers. This was the Jerusalem of Jewish pilgrimage at Passover.

Within the complex of the Tower of David, the fortifications and the palace of King Herod can be seen: 17 huge stone hewn stairs going down into what would have been the pools of the palace complex, and the foundations of King Herod’s palace are found within the Kishle building. There is only one tower that stands to a considerable height, the “Phasael” tower. This is the tower that has spectacular panoramic views of Jerusalem. It is this tower that was first identified as the “Tower of David.”


As part of one of the largest conservation projects taking place in Israel right now, the Phasael Tower, the citadel’s highest viewpoint, is undergoing major conservation. The conservation is taking place as part of the $40 million renewal project of the Tower of David Museum. During the planning stages, a large crack that runs from top to bottom of the tower was discovered and a conservation team is now working to restore the stones and keep them safe for future generations.

The conservation process of the Tower is being led by Yotam Carmel, Ken HaTor Ltd. The main objective of the project is to treat the structural crack in the tower. First, the stones, dating back to more than 2000 years, have been cleaned and treated with temporary glue so that they do not fall in the process. A pipe system is then threaded in between the cracks in which liquid lime-based mortar is injected. The conservationists are still trying to ascertain how big the crack is and how large the spaces are inside the tower. One of the ways of examining this is to see how far up the liquid mortar rises. The final stage will be inserting “hidden” metal anchors into the stones. The actual stones of the tower are also being treated in the same way.

A monitoring system for the cracks is being installed by which highly sensitive sensors are attached to both sides of the crack. The sensors monitor the tiniest of movements on the tower. This is a new technology that has been developed by the British company Avongard and is being used for the first time in Israel on the Phasael Tower.

During the renewal project, a box of artifacts was recently discovered that were originally excavated in the 1980s. They include a rare silver coin, a “Tyre shekel” from the 2nd Temple Period. The value of the coin is a shekel. On one side of the coin, Melqart, the chief god of the Phoenician city of Tyre appears, and on the other side an eagle. The annual half-shekel tax was donated in shekels and half-shekels from the Tyre mint, which made the coins from 125 BCE until the outbreak of the Great Revolt in 66 CE. In Talmudic sources, the Tosefta (Ketubot 13:20) implies that it was only the Tyrian shekel that could be used to pay the head tax at the Temple. Although written about in ancient sources, only a very few of these coins have been found during excavations in Jerusalem. The coin will be on display as an original exhibit in the new permanent exhibition of the Museum next year.

Eilat Lieber, Director and Chief Curator of the Tower of David Museum, said: “Jerusalem touches millions of people throughout the world and I am aware of the huge responsibility in looking after one of its national heritage sites. At this holiday time, we are grateful for this unique opportunity to physically preserve the walls and towers of this ancient site – that stood during the time of the 2nd Temple thousands of years ago, helping to preserve and conserve the site so that it continues to be a beacon in Jerusalem for future generations to come.”

Yotam Carmel, Conservation Manager for Ken Hator Engineering Ltd., said: “The Tower of David is one of the most important structures in Israel, both in terms of its history and location. The last conservation project at the Tower of David was carried out in the 1980s. Since then the citadel has been in desperate need of conservation. Drainage and waterproofing need to be improved; internal and external surfaces require conservation, including stonework, rendering, and plastering; and the entire site needs engineering stabilization. The citadel was constructed during several historical periods and each section needs to be conserved differently. In conservation of this kind, traditional materials such as lime plaster and traditional techniques such as stone carving are used in conjunction with high-tech solutions. Conservation engineering techniques including reinforcement, lime plastering and rendering, lime pointing, mortar injection, traditional stonework, stabilization, and temporary reinforcement.”

Renewal and Conservation at the Tower of David Museum

The Renewal and Conservation Project of the Tower of David Museum will preserve and conserve the historic citadel and archaeological park while doubling the current area of the museum to 20,000 sq. meters (over 215,000 sq. feet) with a new sunken entrance visitor center, a café, additional public bathrooms as well as 7 new galleries, additional exhibition spaces and two elevators making the ancient citadel accessible to all. Archaeological excavations will be re-imagined into additional new spaces. Ancient stones will bring the history of Jerusalem and its timeline to life through a multi-sensory experience and in the “Kishle” archaeological site. Significant Roman-Byzantine excavations were discovered below the Jaffa Gate Plaza, the ancient entrance to the Old City of Jerusalem, and left abandoned for over a decade. The entire area has been annexed to the museum. A new educational complex of offices, classrooms, and an auditorium will be constructed in this area and become the Educational Wing. A promenade lined with the archaeological findings from this site will take visitors from the new museum entrance to the educational complex and will also link to the car parks beneath the Mamilla Shopping Mall, across the street.

Throughout the next year, the Tower of David Museum will remain open for the general public (within the guidelines of the Ministry of Health) with temporary exhibitions, guided tours of the history, the communities, and the archaeology of Jerusalem, as well as cultural activities and the sound and light experiences at night. 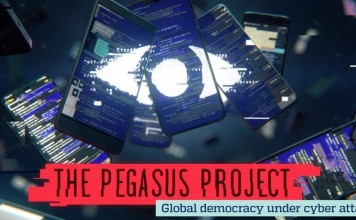 Holes in the NSO Story Just Too Big to Ignore