Home Arts Movie and Play Reviews A First In Israel: A Major Movie That Is Not Shown On...
Share on Facebook
Tweet on Twitter
TEL AVIV – In what is considered a breakthrough in Israel’s film industry, director Gidi Dar has managed to create a major motion picture depicting the haredi lifestyle in the Meah Shearim district of Jerusalem.

It is the first film made in Israel with the stipulation that it not be shown on Shabbat – a severe constraint because the most important time of the week for showing films with respect to their economic potential is Saturday.
Dar says this is a “real historical precedent.” No one, he says, has ever been allowed to make a film – or even tried to – about the ultra-Orthodox that is at all sympathetic to their lifestyle. To ensure their cooperation, Dar promised to adhere to certain religious principles – including the ban on Shabbat viewing. 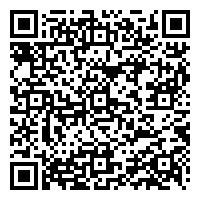