Viewing them clockwise and starting on the left wall allows us to sample Bloom’s painterly and Jewish concerns and imagine an underlying narrative.  Number 1 (please forgive the arbitrary numbering but they are all identified as “Jew with Torah” or “Rabbi with Torah”) introduces a spectral dark-haired figure, the daub of orange and white animates his eye just as a translucent diagonal connects the substance of the Torah he holds with a supernal realm in the upper left.  Looking up from the book he holds, this Jew is secure in all aspects of his faith.

Number 2 is older and more contemplative.  He hovers between standing and sitting, holding the crowned scroll in a calm tranquil environment, only the agitated charcoal lines drawn later delineate his features and aged hands. The Torah is his rightful possession, but slightly distant, and yet in perfect Rembrandtian balance with his august presence.


The next set of paintings are hung four-square, summoning “The Four Ages of Rabbis.” The young blond Jew with a vibrant rust-colored streimel matched by a crimson Torah cover is surrounded by bold black and white tallit.  His hands are barely sketched in as he strides towards the viewer, bold and confident.  Next a mature black haired rabbi, eyes wide open, seems to embrace both Torah and sacred book equally.  The agitated brushstrokes create a lively tension underlying his calm demeanor.  The lower left painting of the set depicts a pious old fool sitting with his Torah, green hued and white haired in a blissful revere.  Finally (Number 6) an old gnome tightly clasps his Torah outlined by an electric white charge.  He is the “grumpy” of the series, a bitter figure casting a skeptical eye off to the side; mostly in shades of white overshadowed by threatening Prussian blue clouds lit by an orange glow.  The form is created simultaneously from the outside in and from the animated surrounding negative space, an unmistakable echo of DeKooning.  (The art historical references Bloom introduces never define his images; rather they only contextualize his meaning, casting the Jewish subjects in a foreign, unsettling and revealing light of the references themselves)

Next we see a lone lyrical fantasy in pastel pinks, yellows, blues and violets that place our rabbinic figure before a Disneyland apparition of castle-like structures.  The golden sky bleeds down into the glowing rimonim which in turn illuminate the sitter’s ample white beard and fantastic swirls of calligraphic peyos. He concentrates his deliberate strides, cascading through the picture plane, fleeing the fantasy world behind him.

One might imagine contemplation would be the predominant rabbinic mode, but these ‘rabbi’ paintings are immersed in a psychic combat, restless and troubled.  The contemplation of Number 9 is an exception, emphasized by the naturalism of the light shining through the lattice window on the right, surrounded by a peach-colored wall.  The light passes behind the sitter, finally landing on the glowing pink end table on the left.  The figure is sandwiched between these two evocative colors, deep in thought, absentmindedly stroking the deep red velvet Torah cover in the midst of painterly line, texture color and gesture.

These are never “Rebbe Paintings” in any sense of the term.  Rather they explore the spirit of thinking Jewish men wrestling with the foundations of their (and Bloom’s) ancestral faith.

The end wall is occupied by the two largest works, both of which open up the pictorial space; especially the painting on the right, Number 12.  Here the rabbi is in his grandest environment, a vaulted cavernous space reminiscent of the mystical synagogues of Safed, massive columns supporting blue painted vaults.  Here our rabbi seems to float slightly over the earth-colored floor, a lone human presence grasping the Torah as his only anchor.

This show is deeply instructive about the process of making significant art utilizing modernist means to plumb the complexities of the religious spirit.  Number 15 is an image in formation, barely visible as it emerges from thin swaths of color and agitated lines, gestural white chalk drawing and our visual memory from the other rabbi motifs.  These works are never illustrative or descriptive.  Rather the process hews at the subtle problems of faith and corporal temptation with the raw elements of paint, color, line, texture and image.  Meaning emerges from the making.

While each painting summons its unique universe, the last painting, Number 18, represents the dramatic conclusion to the series (which was, of course, created by the curators who hung the show). The luminous painting glimmers with an electric green, defining and creating space.  Significantly the rabbi turns away from his Torah that rests in his left arm (the ‘incorrect’ arm to hold the Torah).  His eyes are closed and in anguish.  He twists back in his chair, a figure in revulsion, pinned down by his burden.  The Torah seems to present him with a conundrum unlike any other painting here.  In this painting the holy object is his adversary that he cannot shed.  This grand and tragic painting is the unsettled finale of Bloom’s lifelong struggle with the living content of his Jewish heritage.
For Bloom and his generation the only way to become a contemporary artist was to quickly shed the Yiddishkeit he was born into.  And yet a vibrant piece of the Torah itself remained with him for over nine decades, gnawing at his creative fiber and demanding to be recognized as the ancient core of his being.  These extraordinary paintings are testament to Hyman Bloom’s Jewish soul. 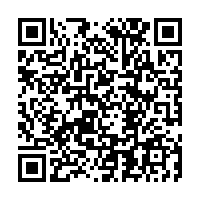