The exhibitions that precede Judaic auctions are rather special events for anyone who has a feeling for the fabric of Jewish life as it has been lived for the last 500 years. Not only is one afforded the opportunity to see a wide variety of Judaica, books, manuscripts and Jewish art of considerable historic importance, but if something strikes your fancy; intellectually or acquisitively, you can actually handle the objects. For most artwork the thrill is in seeing it up close and judging the brushstrokes and details of a painting or watercolor. One stands in the exact proximity as the creator did. But for books and manuscripts the joy is in leafing through the complexities of a survivor from the past. This was especially true at a Kestenbaum’s pre-exhibition preview of its June 21st auction featuring the “Ferrara Bible” as its star attraction. Jewish history can be held securely in the palm of your hand.

This “Ferrara Bible” was printed in 1553 in Italy and has been acclaimed by Yosef Hayim Yerushalmi as “one of the great landmarks in the history of printing” because “it is the first printed Spanish translation of the entire Hebrew Bible, the work of Jews” for the Jewish exiles from Spain and Portugal. Printed by Abraham Usque and Yom Tob Atias it became “virtually canonical” for Sephardic Jews for the next 300 years. The title page at first appears typical of Renaissance printed decorations until one notices the central scene of a three-masted galleon floundering in heavy seas. Sea monsters threaten in turbulent waters as the winds blow from both sides. The tall central mast has snapped in half and is about to fall into the deep. According to Yerushalmi the hobbled “ship represents the afflicted Jewish people, particularly the Spanish and Portuguese exiles, in their perilous search for a safe haven.” A truly moving image on the title page of the Tanach that would be their rock for generations.

The next gem I leafed through was a handwritten and illuminated Haggadah created in 1757 by Nathanel ben Aaron Segal. It was the personal possession of the noted Bezalel illustrator Ephraim Moses Lilien (1874 – 1925) and it is yet another example of the Jewish return to illuminated manuscripts in the 18th century. The illustrations are admittedly rather naïve, modeled on the famous 1712 Amsterdam Haggadah which in turn utilized many Judaized images from the Christian artist Matthaeus Merian (mentioned many times in these pages concerning early printed Haggadahs). However, the earnest spirit of the scribe’s images easily makes up for the clumsiness of much of the drawing. In many examples the scenes are changed to reflect the more humble landscapes his Jewish clients inhabited. Additionally the scribe is sensitive to nuances in the narrative. When the three Angels visit Abraham, Sarah steps forward as one of the angels directly motions to her, prophesizing her miraculous pregnancy; an emphasis not seen in earlier images of the same scene. Because of its simplicity, the artist’s depiction stresses the intense interchange between Sarah, Abraham and the Angels.

In a number of images the artist added new material, such as the parasols shading Pharaoh’s daughter as she saves Moses; or creates what appears to be totally new images, such as the depiction of the Plague of Frogs. While in the 1712 Amsterdam Haggadah there is an image of the Plague of Frogs, it takes place in the interior of an Egyptian palace. In this Haggadah we see a Jewish man calmly walking along a balustrade with a black servant shielding him with an umbrella from the deluge of frogs, most of which litter the pathway he walks on. A young lad walks ahead of them to clear the way. This totally new image and concept dramatically shifts the pictorial point of view from simple description to seeing the plagues from the Jewish perspective of Divine protection. 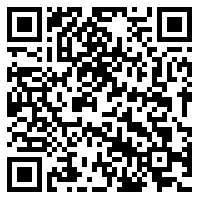