The Dome of the Rock as Image of the Ancient Jewish Sanctuary
By Pamela Berger
Published by Brill, Leiden/Boston 2012, 367 pages, $164


The Dome of the Rock, often represented with an Islamic crescent on top, became the image for the Temple in Jewish, Christian and Moslem art for over 500 years.  How and why this historical anomaly persisted is the subject of a fascinating in-depth study of Jewish, Christian and Moslem imagery and its interpretation spanning more than 2,000 years of biblical & later history by Dr. Pamela Berger, professor of Medieval Art at Boston College, Boston, MA.

For the Jews, the Rock represents the site of both Temples: for the Moslems the Rock symbolizes the site of the “Night Journey” of Muhammad from earth to heaven while for Christians it recalls Jesus’s association with the Jewish Temple.  Interestingly, for all the three religions the Dome of the Rock is commonly used to portray “The Temple” in art imagery.

Dr. Berger, in her scholarly, well-researched book, describes works of art using this image, evaluating how feelings of mutual respect and recognition between these three religions throughout history waxed and waned and how it led to its universal use and acceptance from the 15th century till the 1930’s.

The earliest known representation of the Temple occurs on a tetradrachma coin used in the Bar Kochba revolt against Rome 131-135 CE. The star on top of the Temple alludes to the name of the commander of the revolt, Shimon Bar Kochba (“son of a star” in Aramaic). The Dura Europos Synagogue in Syria, 245 CE, boasts the first surviving paintings showing the Temple and is similar to the Bar Kochba coins. Berger, who has written about Temple/Tabernacle images in Dura, believes that perhaps these coins were an inspiration for the Dura Europos paintings.

Therefore, with an established visual tradition of representing the Jewish Temple how did the Islamic Dome of the Rock image emerge to represent the Temple?

Ever since it was brutally razed by the Romans, the site of the Temple continued to be remembered and revered by Jews, Christians and later Moslems alike even though the site was totally destroyed and left as exposed bedrock littered with debris, a haunting symbol of all the Jews had lost.

Interestingly, our relationship with the site of the Rock midrashically goes back to Bereishit as the source of Adam’s creation, the sacrifices of Adam, Cain, Abel and Noah as well as Akedat Yitzchak and Jacob’s Ladder and David’s sacrifice.

Later in Isaiah 28:16 the Rock is referred to as the “Foundation Stone” or Even ha-Shetiyah. This lay in the most sacred part of the Temple, the Holy of Holies, and the Ark of the Covenant rested upon it. According to the sages of the Talmud (Yoma 54b) it was from this rock that the world was created, itself being the first part of the Earth to come into existence. In the words of the Zohar (Veyechi 1: 231): “The world was not created until G-d took a stone called Even haShetiya and threw it into the depths where it was fixed from above till below, and from it the world expanded. It is the centre point of the world and on this spot stood the Holy of Holies.” In Midrashic sources, the prophet Yonah, when swallowed up by the large fish, saw the base of the Even ha-Shetiyah in the abyss beneath the Temple. Such sources describe it as a precious stone plucked from beneath G-d’s throne, or as a covering of the source of all the waters the world drinks. It has been told that the Ten Commandments were hewn from that Rock, which was also said to be the navel of the world (Tanchuma, Kedoshim,10). According to Dr. Berger these midrashim were probably familiar to those Jews who throughout the ages continued to visit the Temple site and weep and anoint the Rock.

From the 7th century on, Dr. Berger points out that there was a multi-directional flow of influence from Judaism to Islam; Jewish folklore material relating to biblical figures being imported into Arab tales and vice versa, as both traditions used one another’s stories. In both traditions the Rock is close to Heaven. 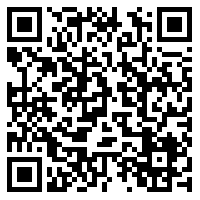