The Letter And The Spirit: Letters By The Lubavitcher Rebbe, Volume II; Selected and arranged by Nissan Mindel; Nissan Mindel Publications

A unique multivolume collection of English letters by the Lubavitcher Rebbe has just been released, shedding new light on one of the greatest Jewish leaders of modern times.

The Lubavitcher Rebbe, Rabbi Menachem Mendel Schneerson, a”h, was renowned and acclaimed for his Torah wisdom and countless groundbreaking initiatives in the dissemination of Torah and chassidus the world over. Chabad chassidim have made the Rebbe’s teachings and innovative campaigns a familiar and essential part of the Jewish landscape in the 20th and 21st centuries.

But what is not as well known as the Rebbe’s global trademark Chabad Houses and programs is his personal correspondence – letters he wrote to many thousands of Jews and non- Jews who sought his guidance and blessing.

The Rebbe entrusted Dr. Mindel with a copy of each of his letters, which he faithfully preserved and categorized. Of the many thousands of English letters, Dr. Mindel selected and prepared some for publication so that their universal message would benefit the many. He did this with the Rebbe’s permission and blessing, and the project soon became the focus of his efforts over a period of many years. In preparing the letters for print, Dr. Mindel maintained his high standards of integrity and strict confidentiality – removing any clue that might compromise the identity of the person to whom the letters were written.

Dr. Mindel’s eye-opening “general introduction” to the series gives a fascinating and detailed description of the process by which the Rebbe’s correspondence took place and an in- depth, brilliant analysis of the Rebbe’s leadership – as he related to chassidim, to all Jews, and to the world at large through his spoken and written word. In addition to the general introduction, there is an introduction to each section, which Dr. Mindel calls “highlights.” The letters are categorized by topics and arranged in chronological order.

Volume I of The Letter and the Spirit includes the following topics: The Perplexed, Concepts, The Holy Land, The Family, and Lubavitch Derech.

The Letter and the Spirit, Volume II, the focus of this review, was published in early summer of this year and includes these topics: The Perplexed, Torah and Science, and Miscellaneous.

Letters in The Perplexed section address those who are seeking the truth, are troubled by doubts, burdened with questions about faith, and who are facing various forms of suffering – seeming unfairness, contradictions and conflict. Some letters deal with interfaith dialogue; freedom of choice and predestination; the halachic reason for the study of chassidus; the difference between the Jewish religion and other religions; German anti-Semitism; the Holocaust; survival of the Jewish people; intermarriage; and the practice of meditation – to name a few.

Letters in the Torah and Science section run the gamut of physics, chemistry, biology (genetics), medicine, the cosmos, and psychology. This section deals with questions about the age of the world; evolution of the species; the rotation of the sun and earth; spontaneous generation; the “problem” of overpopulation; the theory of probability in Torah concepts; Freud’s theory and approach; and the theory of relativity – among others. The Rebbe’s fascinating and often in-depth answers reflect his mastery of science and the scientific method – and indeed his high regard for science in general. It is the scientists and not science per se whom he holds responsible for much of the confusion and seeming contradictions that one may have regarding Torah and science. Some of the letters address Jewish scientists and their responsibilities.

The third section, Miscellaneous, consists of letters that do not fit neatly into any one category. Thus we find here an interesting mix of topics. These letters deal with subjects as varied as the growing of a beard; the use of LSD; career choice; the annihilation of Amalek; “true justice”; Ukrainian socialism; the meaning of shirayim; and traveling on a Jewish-owned ship on Shabbos. In one letter the Rebbe writes words of encouragement to a world chess champion, and in another words of admonition to a rabbi for his less than acceptable book review. In yet others, the Rebbe expresses his thanks for a gift of a sculpture and its deeper significance; offers words of comfort to one having suffered a fire; and gives answers about the situation in Russia, the giving of charity to a non-Jew, and the Jewish status of an Ethiopian. 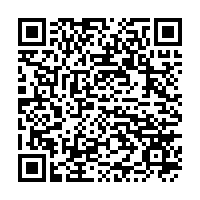