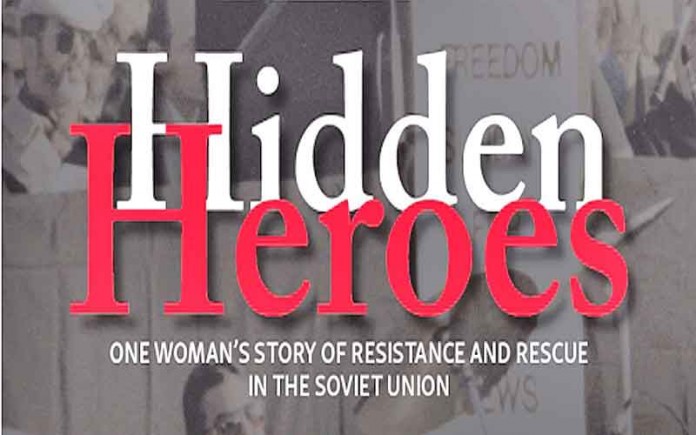 On June 15, 1970, a group of Soviet Jews tried to hijack a plane from Leningrad to the West in an attempt to attract international attention to the plight of Soviet Jewry. The attempt and the trials that followed it awakened an entire generation of young Soviet Jews to their identity. After decades of repression, in which Jewish texts, practices, and traditions were purged and engagement with them was penalized, young Soviet Jews started asking what it was that was taken from them.

Young men and women like my own parents embarked on secret Hebrew studies, passed illegal texts about Judaism and Israel from hand to hand, and applied for immigration visas to the State of Israel. They did so at great personal risk: By stating their wish to leave “The Workers’ Paradise” those men and women effectively declared themselves enemies of the state. They knew that they would lose jobs, friends, and at times their freedom, and that their requests would, in most cases, be refused. But the double promise of freedom and identity was powerful enough to make many Jews in the Soviet Union decide to take their chances. The preexisting underground network of refuseniks became far more visible – and broad.

Thousands of miles away, the same hijacking awakened many American Jews to the plight of their Soviet brethren. Suddenly, people who never saw themselves as activists or leaders came to see their brethren’s struggle as their own. Parents started taking their young children to Sunday solidarity rallies, and couples started smuggling stars of David and Hebrew prayer books into Moscow. One of the most prominent amongst them was Pamela Braun Cohen, who went on to dedicate the next two decades to this fight.

In Braun Cohen’s recently published memoir, Hidden Heroes: One Woman’s Story of Resistance and Rescue in the Soviet Union, she shows how these two awakenings and the movements they inspired drew strength from each other and empowered their participants. Jews in the free world found meaning and mission in helping their brothers and sisters across the sea, as well as an opportunity to stand “against a shameful history” – the history of what Braun Cohen believes America’s Jews could have done, yet didn’t do, during the Holocaust.

At the same time, the refuseniks couldn’t have won their struggle without support from those outside the Soviet empire. “From the beginning,” writes Braun Cohen, “refuseniks believed their future depended on whether we in the West would struggle with them – together, with one voice and as one people. They knew that alone… their resistance would be brutally quelled.”

Hidden Heroes maps the realities of this joint struggle, realities that wove together international politics and private lives. When the Soviets invaded Afghanistan in 1979, for example, the “spike of international tension” created a communications blockade between American activists and the refuseniks they were trying to help, thus removing the refuseniks from the protection of the Americans’ attention.

“The secret police could quietly engineer the disappearance of any refusenik into the gulag archipelago,” writes Braun Cohen. “…and without contact with the West, the incident would go unreported.”

The solution didn’t come to Braun Cohen in the form of some grand diplomatic mission or an ambassador’s appeal, but rather through the appearance of three young American women in her office. These women, Sherry Peller, Carol Port and Fran Kaplan came to Braun Cohen to discuss their long-term letter-writing campaign in support of refusenik Lev Blitshtein. When they heard about the blockade, however, they immediately volunteered to go to Moscow in the guise of simple tourists. Their personal devotion to one man across the Iron Curtain reestablished the lines of communication, thus achieving what seasoned diplomats could not.

Throughout Braun Cohen’s book, we watch as this unique combination of international diplomacy and personal commitment reshape her entire life. Family crises intertwine with crises in Moscow, comrades in arms become friends and vice versa, and the struggles of her Soviet colleagues inspire her on her own religious path. The private home becomes an arena in the struggle; rather than serving as a refuge from the grand war “out there,” it serves as a battlefield, a headquarters, and a struggle’s beating heart.

In one memorable scene in the book, an urgent call from Moscow requires immediate mobilization hours before Rosh Hashanah, and Braun Cohen leaves her pots to simmer on the fire to throw herself into a flurry of phone calls. The simmering pots are mentioned as an aside, a dash of color. To me, however, they represent the secret reason for Braun Cohen’s success. The struggle for Soviet Jewry succeeded because people like Pamela Braun Cohen cared enough to bring the cause into the intimate fabric of their homes and lives. At the same time, they cared enough to set aside their own interests (and pots!) when the struggle called for it. And they did it many times, over many years.

Heroes in stories often carry out great, impressive feats: they slay the dragon, defeat the villain in combat, or – in the case of Yaakov in this week’s parsha – roll a giant rock off a well. But removing the rock wasn’t enough to win Rachel’s hand for Yaakov – he had to earn it by working as a shepherd for 14 tedious years.

This story inspired my parents to name me Rachel; they too had to wait for years to be reunited while my father, Natan Sharansky, was imprisoned in the Soviet gulag. They would not have been reunited, and I would not have been born, if not for the heroism of Pamela Braun Cohen and others like her, a heroism that doesn’t lie in any one great act or particular rock-rolling, but rather in the willingness to keep on acting, keep on fighting, day after day, night after night.

The book of Bereishit tells us that Jacob’s years of labor “seemed to him but a few days because of his love for her” ( 29:20). One can’t read Hidden Heroes without sensing that for Braun Cohen, too, the years of struggle were an act of love. I cannot say that this love transformed the two decades into days for her, but it certainly imbues her every act with passion, vision and tremendous faith. That she conveys these feelings without whitewashing the difficulties is impressive. And there were, indeed, many difficulties, not least of which were the disagreements amongst those who fought together for the same ultimate goal.

While the struggle for Soviet Jewry is often remembered as an incredible moment of Jewish unity; those who participated remember vicious infighting over both goals and means. Members of the “establishment” Jewish organizations often pushed for quiet, back-room diplomacy, while grassroots organizations wanted to fight loudly and en masse. As Rabbi Avi Weiss writes in his own memoir about the struggle for Soviet Jewry that this infighting sometimes eclipsed the ultimate war against the USSR; for him, the Soviets were the obvious villains and unworthy of much outrage. The other Jews were the ones whose disagreement could truly infuriate, because they were supposed to be on one’s side.

Hidden Heroes doesn’t shy away from exploring these heated conflicts. And while it is sometimes uncomfortable to remember disagreements in such detail, I believe that the book’s honesty does us, its 21st century readers, a great service. First and foremost, it makes the idea of Jewish unity look more attainable. If such opposing groups of Jews could, when all is said and done, fight together and win a historic victory, then “unity” is no longer a conflict-free, agreement-based (and ultimately unattainable) ideal. Our own squabbles no longer look quite as antithetical to some sort of unity, some way of sharing the broad journey even as we disagree about the path.

Second, Braun Cohen’s clashes with the Jewish establishment serve to highlight her vision of what Jewish leadership should be. “Our confrontation…” she writes about a particularly vicious altercation with establishment figures over a particular issue, “wasn’t a personal vendetta… It was a matter of principle that went to the very core of who were the legitimate spokespeople for Soviet Jewry. Was it the court Jew, the shtadlan, the head of the American Jewish bureaucracy? Or was it the refusenik leaders, those with the most at stake?”

Braun Cohen’s emphatic support for the second option, and her constant preference for open public protests over secretive back room politicking, exemplify the rise of a form of Jewish leadership that was not possible before the democratic modern state. The court Jews were necessary when Jews in general had no power and depended on their rulers’ favor for their livelihoods and lives.

By challenging this older model, Braun Cohen invites Jews to engage with their country not as courtiers but rather as equal shareholders, as people who have a say in its affairs. Thus, Braun Cohen does more than portray the lives and work of a historic struggle’s hidden heroes: She leaves us with a vivid image of the kind of citizen-heroism that is available to everyone and is appropriate for our democratic age.

The book of Bereishit portrays Yaakov’s years of labor as difficult yet beneficial; it is during these years that Yaakov outgrows the innocent “tent dweller” he used to be and becomes wily and determined enough to outmaneuver Lavan’s machinations and to plot his return to his father’s land. Through Braun Cohen’s description of the struggle for Soviet Jewry we likewise glimpse decades that were challenging, overwhelming, and at times disheartening. But we also see the rise of a stronger, more experienced, and more self-confident class of citizens-leaders, who can fight an empire from their kitchens over many years – and win. 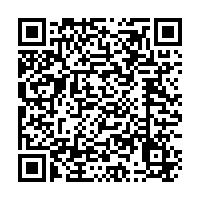