One is a quiet, studious boy, clearly smart and diligent, but not loud or remarkable in any way.

The other is the charismatic leader of Russia, a man able to invite her for tea and cakes during a ceremony at the King David Hotel in Jerusalem, then to buy her an apartment in central Tel Aviv.

Yuditskaya, 93, has been thrust into the spotlight in Israel as her former pupil has annexed Crimea in one of Europe’s tensest conflicts since the Cold War. Sitting in the living room of the apartment Putin gave her, a 10-minute walk from the beach, she stops our conversation as a segment featuring her – filmed that morning – airs on Israel’s Russian TV channel.

Yuditskaya taught Putin German when he was a 17-year-old student in a St. Petersburg high school. She moved to Israel several years later, and now he’s one of the world’s most powerful men.

The teenage Putin skipped homework assignments to attend judo practice, she remembers, though she knows he liked her class: She once caught him writing German sentences in his chemistry notebook.

“He was like everyone else,” she said. “He was serious. He wouldn’t mess around. He would do what I said. He was quiet a lot and thought a lot. He did everything well.”

Yuditskaya was much more eager to discuss their meeting nine years ago, when Putin visited Jerusalem to mark the 60th anniversary of the end of World War II. Russian government officials knew Yuditskaya lived in Tel Aviv, and Putin invited her to meet him at the King David. What followed, she recalls, was a warm and lighthearted conversation.

“He said, ‘Israel is very good but very hot,'” she recounted. “I said, ‘How do you remember me?’ I thought he’d say I was beautiful, but he said I was serious.”

She noticed that despite the ascent to power, there was one thing that hadn’t changed about Putin: he remained a good listener. During most of the conversation, she talked about ideas, philosophy and history, while he sat, nodded and asked questions. As they parted, Putin gave her a watch commemorating the war’s 60th anniversary.

The meeting was pleasant, Yuditskaya said, but it also left her feeling sad, realizing how much time had passed, even though the intervening years had been good to Putin.2

“Time does bad things,” she said. “He was a kid. Now he’s big. I was a young teacher. Now I am old. I didn’t think I was seeing a president. I thought, it’s tough to see a kid who now is an old man, and bald.”

Yuditskaya wouldn’t comment on Putin’s politics, in Crimea or elsewhere. She seemed more interested in the man than the politician, and looking back on the day they met in Jerusalem, Yuditskaya thinks of Putin as the student of whom she’s most proud.

“Why is he important to me?” she asked. “He remembers me.” 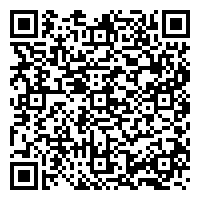