Amid the famous faces and world-renowned companies who set up shop in the snow-covered Swiss town, a newcomer quietly opened its doors on 64 Promenade Road (the main street for the World Economic Forum) nestled between the Nasdaq house and Ukrainian house. Posters beckoned visitors to enter the Canadian Cannabis House, the first center to represent the medical marijuana industry at the most elite and influential business forum of the year. Another first: Israelis organized the Canadian Cannabis House and enlisted a few A-listers, like former Prime Minister Ehud Barak, who was interviewed by former White House communications director Anthony Scaramucci.


It not only introduced global entrepreneurs to the medical marijuana industry, but it also showcased Israel as one of its world leaders.

The Cannabis House was the brainchild of Saul Kaye, an Orthodox Jew living in Israel. Kaye is the CEO of iCann, the organizers of the CannaTech conferences in Tel Aviv, London, Sydney, Hong Kong and other locations around the world. He is one of the most recognized names in the global cannabis industry and has put Israel on the map as one of R & D centers of the industry.

For me, the most exciting part of the conference was hearing my husband Yona Levy, the CEO of Alvit LSC Parma, tell the audience at the Cannabis House about his company’s accomplishments and future plans. Alvit is an international medical cannabis R&D company that focuses on the development of pharma grade cannabis products and drug delivery technologies.

In his address, Yona spoke passionately about how Alvit is translating the language of medicinal cannabis so doctors can understand and prescribe it. He explained, “Doctors don’t understand cigarettes, three puffs and magic oils under the tongue. They want to hear about dosage forms, bioavailability, onset time and duration. Most importantly, doctors want to see clinical trails.”

Lorne Gertner, a Jewish Canadian serial entrepreneur, is one of the major pioneers of the industry and the founder of CannaGloble and a co-founder of Tokyo Smoke and PharmaCan Capital. He was passionate and inspiring and you saw the nachas on his face as the newer companies are making their mark in this fast-growing industry.

Kevin Murphy, the CEO of Agreage Holdings, the largest cannabis company in the USA presented to the Cannabis House. He showed the audience his medical marijuana commercial that he submitted for the Super Bowl, what would have cost five million dollars. It was a thirty- second emotional ad that showed the opioid crisis in the U.S. and promoted medical cannabis with true stories of sick patients.

I always have a concern about Anti-Semitism, especially when I travel in Europe. I was pleasantly surprised that everyone I met at Davos was super friendly and made no issue of the fact that I live In Jerusalem, some even looking to do business in Israel.

The weather was below freezing; we often had to stop inside to get hot tea to warm up. As we walked we met Jews from around the world. My husband drew attention by not wearing a hat over his yarmulke, choosing earmuffs instead. Many Jews seeking kosher food or a minyan approached us to ask where they can find these things. Unfortunately, that wasn’t so easy. I’ve decided next year to make kosher food available – and a minyan. 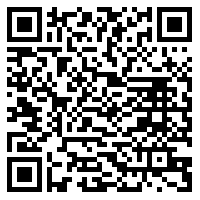