My husband’s diminutive mother is bli ayin hara one of the most wonderful and (dare I say?) adorable humans out there. We cannot help but marvel at her ceaseless energy (think the Energizer Bunny on steroids) despite the unbelievable fact that she is going on 90 ka”h! Besides which she has incredible wisdom and a fabulous sense of humor.

We were just privileged to have her spend nearly two and a half weeks in the Holy Land, and we felt blessed to have her as our house guest for much of that time. That is, when she was not being fought over by a seemingly endless number of friends and relatives vying to enjoy her priceless company, sage insights and words of advice. I couldn’t help but smile when I envisioned her as the ultimate prom queen, with her dance card filled beyond capacity before she had even entered the lavishly decorated high school ballroom.


She was accompanied by a son and some other family members on her way to Eretz Yisrael. However, when I hesitantly inquired whether she was flying with friends or relatives on her return trip to New York, her assertive reply was, “I’m going to be accompanied by the Ribono Shel Olam! What more do I need?” That was my unequivocal signal to “zip it” and keep it zipped.

But that wasn’t all: She asked us to make arrangements for a cab to take her to the airport, so as not to bother my husband to wake up early and “waste” his precious time driving her! Needless to say, we obviously could not fly to the U.S. with her, but we would not relent when it came to taking our special guest to the airport for her return flight. Despite her numerous impassioned protestations, we were adamant about at least driving her to Ben Gurion Airport and sending her safely on her way. (Thankfully, my sister-in-law was planning to pick her mother up once she landed at JFK, so we knew we could breathe easy once Mom had reached her destination safe and sound.)

We all said our goodbyes and exchanged lots of hugs and best wishes before heading to bed the night before her flight, just in case we would not wake up in time to see her off. Better too many hugs than too few… Sure enough, we were zocheh to another emotional round in the wee hours of the following morning, just prior to her departure.

My husband set his alarm for extra early so that he could catch a shacharis minyan before leaving to the airport. However, the davening was quite long and he reluctantly decided to leave before Krias HaTorah rather than risk being late for the flight. Thankfully, they made it in plenty of time, and remarkably the El Al check-in counters were virtually empty. The thoughtful staff graciously offered to check Mom’s hand luggage at no extra charge, and my husband very gratefully accepted.

Then he took advantage of the accelerated security check designated for passengers requiring assistance (no doubt with my mother-in-law kicking and screaming, insisting that she needs no such special dispensation). In addition, the El Al staff repeatedly offered Mom a ride through the terminal and other perks, but she predictably brushed off all their well-meaning offers.

After his mother was safely on her way, my hubby decided to see whether he could possibly still catch the leining at the airport shul. Incredibly, as he pushed open the door, the congregation began to sing, “Vayehi binsoah ha’aron…” And even more serendipitously, the next cry was in search of a baal koreh for the crush of 50 or so harried passengers davening in the chapel. When no other volunteer came forward, my husband stepped up to the plate (or more accurately, the bimah) and proceeded to lein his own, long-ago bar mitzvah parsha! Although it had been several decades since he had first leined that very parsha, he managed a nearly flawless reading.

Thus, while his inimitable mother was heading home, accompanied by none other than Hakadosh Baruch Hu Himself, my better half belatedly finished Act Two of shacharis. And, shaking his head in wonder at the undeniable hashgacha pratis that he had been the recipient of that morning, my husband exited the terminal and headed off to commence his own very busy day. 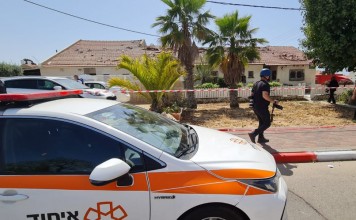 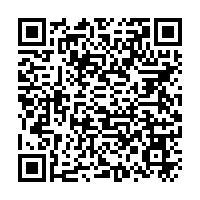