The Y’s facilities include a gym, two pools, an exercise room, a sauna and a steam room. In addition to swimming and professionally-led exercise classes, the Y brings in specialists to speak on health topics of interest to seniors, such as cardiologists, neurologists and registered nurses. The Y’s senior center also offers a series of six lectures on nutrition.

When a senior comes to the Y for the first time, Kastel tries to help them make the best choice among its various classes and activities. For example, she will advise someone who has not been regularly exercising before not to “jump into the Zumba class,” before building up their strength and endurance by participating in some of the Y’s less physically demanding activities.


For those who are less agile, the Y offers “the circle,” a group which does chair exercises.

Kastel says that the social aspect of the exercise group is important to keep seniors coming back to participate on a regular basis. She finds that the most effective mode of advertising in the community is word of mouth, and that many of her first-time people say that they are joining the Y because “my friend is coming.”

She also says that, “65 is no longer considered old. Many of the Y’s senior members are still working full-time jobs during the day and come in to use the facilities at night. Our people at that age are still young and active.”

The Boro Park Y offers a reduced senior membership rate of $310 a year ($430 for couples). But there is another way that some people over 65 can participate in its activities and use its facilities with no out-of-pocket cost: through their Medicare benefits.

Those seniors who receive their Medicare benefits through the privately administered Medicare Advantage system have the option of choosing a plan which offers free gym membership through the “Silver Sneakers” program. Participants receive a Silver Sneakers membership card from their Medicare Advantage provider. The card gives them free access to the facilities at the Boro Park Y. Many other gyms and private fitness centers throughout New York City and the rest of the country also participate in the Silver Sneakers program.

Kastel recommends paid Y membership, even for those who have the Silver Sneakers benefit, simply because of human nature. Being required to pay for access to an exercise facility helps to motivate people to use it more regularly than if it is available for free, and more frequent use results in getting more health benefits from it.

There are other easy ways for seniors to get into the regular exercise habit. Those living in retirement communities should check out their community room. It probably contains one or more Ninetendo Wii video game setups. These will enable them to play surprisingly accurate simulations of active sports, such as tennis or bowling, without requiring them to run around a tennis court or pick up a heavy bowling ball. While seniors won’t get the same health benefits they would from playing the actual sports, the upper body movements necessary to control the video games are physically beneficial.

Because of the popularity of this use for the Wii, Nintendo now offers a variety of accessories for the game system to simulate other sports and exercises. Microsoft has also responded by adding the Kinect accessory to its X-box 360 video game. Like the Wii, Kinect allows the user to control the game console through gestures and body movements. There is also a version of the Kinect available for use with games played on a Windows PC. Since the Kinect was introduced in late 2010, 18 million of the devices have been sold.

Despite all of these options, there are some people who still have trouble accepting the concept of older Jews committing themselves to regular daily exercise. To them, somehow, it just doesn’t seem to fit the Jewish stereotype. Those skeptics may want to check out a six-minute video on YouTube made in 2007 by the prototypical Jewish comedian, Jackie Mason, at the age of 76. In the video, Mason delivers a monologue on his views on health and exercise while walking, albeit at a slow pace, on a treadmill, apparently in his home. 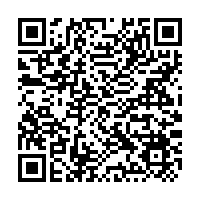