I just moved to New York a year ago. The last time I was here, seven years ago, I got a very bad impression of the city. I think Bloomberg has totally changed the city. Scholastically, New York offers many opportunities for struggling students. There’s no doubt about it: New York is an expensive place, but if you can make a living here, it’s the best place to live.

Bloomberg has been doing a fine job as mayor. He’s improved New York financially; we are now out of the red. Since he’s been mayor my commute has become pricier, but a lot smoother too. He stills needs to work on education reform. Many people would like to see him run for president, and I’m one of them.

He isn’t as good as Giuliani but he’s far better than Dinkins. I do admit that he has performed better than I expected. I thought he didn’t have enough political experience, just business, but I see now that he knows what he’s doing. He improved the quality of life for New Yorkers; I personally know people who quit smoking because of his anti-cigarette campaign.

He is a great mayor. Crime is down in the city and revenue is up. Many have complained about the ticket blitz from sanitation and the DMV, but in the long run this could be a good thing by making people think twice before breaking the law. 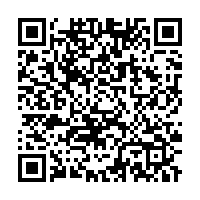