The skin is painful to look at.

Raw- pink, and deeper pink, almost red. How can I touch this? I can’t, I can’t- the pain, the pain! Slowly, slowly, and I feel, rather then see, the almost invisible shudder that runs through Father’s body. My face is blank, but my heart is contracted, paining for him. Hair by hair, hair by hair. Focus on the color, just on the colors. White. And white. And gray. And gray. And black. And- black, brown, grizzled, lifeless – burned.


And I can silence the thought no longer, for here, in front of my eyes- can’t look away, must continue, must look at it –

Is skin, hideously burned, brown and black and red and cracked –

And it screams, flaming up in memory –

“Hurry up!” The officer barks in German. Father quickens his stride and marches down the hallway. Ahead there is an open door.

“In there!” the officer shouts again.

Father quickly enters, blinking in the light. He feels naked, exposed, with his head and peyos and beard uncovered. For the past year he has managed to hide the religious growths. But now he has been caught, the scarf snatched off. They have not found the knife hidden in his clothing, do not know that he was on his way to illegally slaughter a Jew’s chicken. But they found his beard. The feel of German air on his cheeks is frightening.

At the desk is Shtender, the chief officer of the unit. He stands and speaks harshly. “Under German law of occupation, Jews may not gather for prayer. Jews, you have disobeyed the law.” He nods curtly to some of the younger officers.

In a heartbeat, they attack, rubber truncheons drawn and pounding. I see the flash of swastikas on armbands, rising and descending. There are shouts, and cries, as they descend on the Jews. It is a fearful power; muscular figures, stiff brown uniforms, and those shiny, blackest boots, machines of lithe power, seemingly infinite power, towering over their prey. It is odd, for the Jews are not all small men. And yet they look insignificant, powerless, nothing in face of the beaters.

The lines are drawn.

And then my mind stops wandering, for there- here- is Father- and they are beating him too. He is silent, but I scream for him, scream inside me, for they are beating him- Father! On the head, and shoulders, and back- he is trying to protect himself with his arms- Father! He is not a young man- I am tensed, coiled, stop, stop, Father! And it goes on – and I am holding my breath, heart pounding crashing in my ears- I cannot close my eyes to the image – and then it is over.

Close your eyes, do not go further –

The Jews are gasping, some climbing to their feet slowly, some groaning, some holding themselves in pain. They look terrified.

Father comes close to him, as he must. I see Father’s eyes. They are… Father’s eyes, as they always are; deep, and thoughtful, and strong. But… behind all that… I cannot see it, but I know it-

I stare in horror, horror – Fatheeeer! Noooooooo! Tight, tight, tight, for there is nothing I can do, as it sears across my mind –

And Father is screaming, screams that tear my heart open- his face is burning – YOU DOGS- PUT IT OUT PUT IT OUT, SOMEONE PUT IT OUT!!

And finally, finally, he takes a bucket of water and throws it across Father’s face. 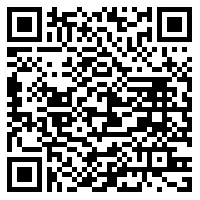