It’s a great time of year. The weather is getting better, baseball season is underway – and our favorite teams are still in contention.

Here are the players I’ll be watching along with my expectations:


Colorado Rockies third baseman Nolan Arenado batted .287 last season with a league-leading 42 home runs and 130 runs batted in. But is the righthanded batter, who’ll be 25 on the 16th of this month, really that good? Two years ago, his first full year in the bigs, he also hit .287 with 18 homers in 184 fewer at-bats than last year. Arenado posted high batting averages in the minor leagues but never hit more than 20 homers in a season. This year I’ll put him at .292 with 34 home runs.

The Cubs have the most players I’ll be watching. Pitcher Jake Arrieta may have had the best year he’ll ever have in 2015 (22-6, 1.77 ERA), including a no-hitter against the Dodgers. The righthander turned 30 last month and before last year never won more than 10 games in a season in the majors or minors. I expect a 16-8 record with a 2.60 ERA, still way above average.

Third baseman Kris Bryant, the National League Rookie of the Year last season, hit three home runs in the minors in April and 26 for the Cubs while batting .275. He’s on his way to being a megastar. Look for the 24-year-old righthanded batter to hit over .300 with 40 homers.

Cubs left fielder Kyle Schwarber looks like a young Babe Ruth. He bats lefthanded like the Babe and hits for power. He knocked 16 home runs in the minor leagues last year and 16 more for the Cubs after being brought up. He batted over .300 in all minor league stops and should improve on the .246 average he’s thus far managed in the majors.

Looks like 2016 will be a fun year at Wrigley Field. Cubs hitters against Mets pitchers will be a tough ticket.

Giancarlo Stanton hit 27 home runs for Miami in a 74-game injury-shortened season. The 26-year-old righthanded slugger has already clubbed 181 homers in the big leagues. He’s never topped .300 yet or 40 home runs in a single season but is capable of reaching those numbers if he stays healthy all year.

Yoenes Cespedes hit .293 with 18 home runs in 403 at-bats for Detroit last year and .287 with 17 round-trippers in 203 at-bats for the Mets after the trade deadline. His 35 home runs were a career high. Cespedes can carry a team for a week and be an automatic out the following week. The 30-year-old righthanded batter had his best numbers last year and I expect him to dip below 30 homers and the .280 mark this season.

Righthander Zack Greinke (19-3, 1.66 ERA) pitched for the Dodgers last season and then took the free agent route to the Arizona Diamondbacks, cashing in on a dream season in which he posted a career-high number of wins and his lowest earned run average to date. It will be interesting to follow his numbers this year. 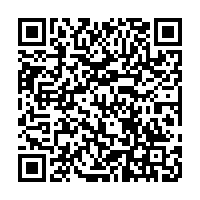