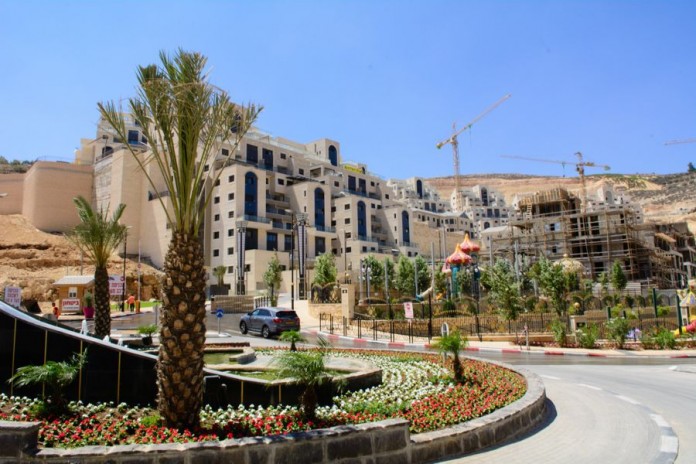 For most of us, our home is the biggest-ticket item we’ll ever buy, and naturally, we invest considerable effort to investigate all aspects of the structure, not to mention the neighborhood and community. The fact that many new olim bought their homes in Ramat Givat Zeev sight unseen says a great deal about this developing community, not to mention the project developers, the Kass Group, who went above and beyond the call of duty to smooth residents’ acclimation process. 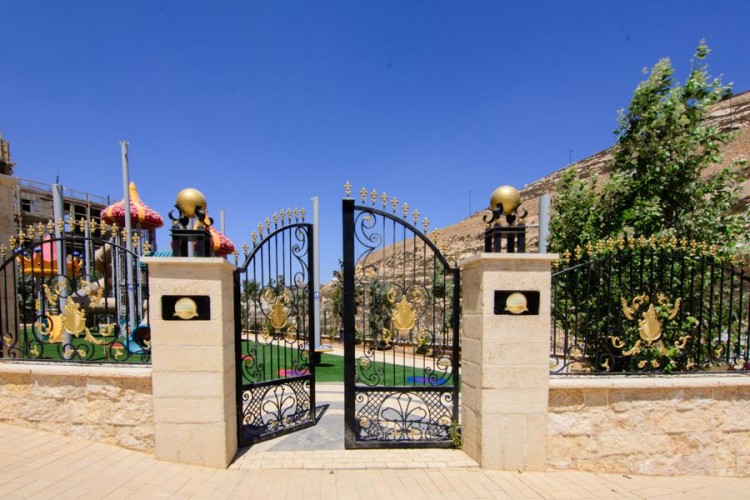 
The Rosenbergs came on Aliyah to RGZ with their four children before Pesach. The process that led them there was so fast and unexpected that according to Leah Rosenberg, “the only explanation is that it was directed from Above.

“My husband is a pediatrician who had a very successful practice in Cedarhurst, built up over 20 years. I’d always wanted to make Aliyah, but it was never seriously on the family agenda.”

Then COVID hit. Dr. Rosenberg noticed an ad for RGZ in one of the papers and mentioned to his wife that it looked worth checking out. They called. Two weeks later, they’d already purchased a house.

“To this day,” she says, “I don’t understand how everything came together so fast. I feel as if Hashem took us out of America and said, ‘Go home.’”

With the help of digital technology, the Rosenbergs were able to choose a beautiful home, where they’d feel comfortable and that would also be large enough to host company. But of course, no less important is ensuring that the community is a good fit. “The people from RGZ connected us with several other families who had already purchased there — also sight unseen and who were already living there, or who were planning to come in the next year. We collected a lot of information that really helped us to make our decision — but nothing compares to what we experienced upon our arrival,” says Leah.

The Rosenbergs moved in to their new home just two weeks before Pesach, with nothing more than what they could fit into their suitcases. And they had two weeks of quarantine, which meant that they had no way of leaving the house to make any purchases. 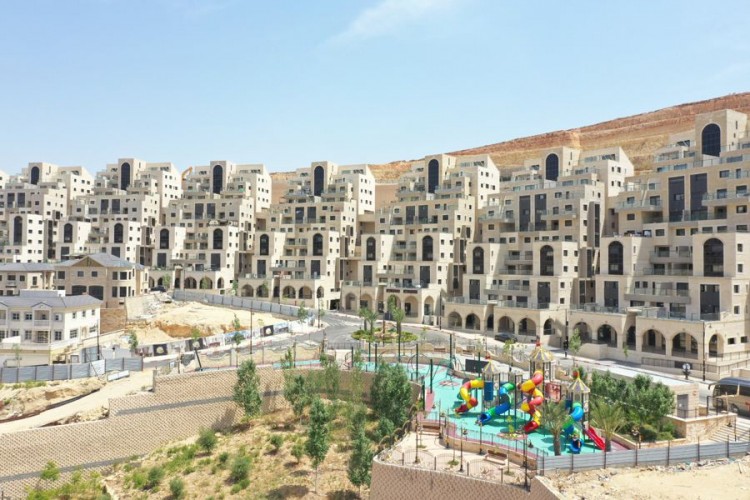 “The next morning, I had people flocking to my door,” shares Leah. “I didn’t know them, but they knew me! They knew I was coming. They brought us Shabbos, they made sure we were fully stocked, they made us feel so cared for. The members of the community together with the people from the Kass Group – they couldn’t do enough for us. I feel beyond grateful.”

Gavriel and Viviana Hemsy arrived on Aliyah in 2018 from Argentina with three young children. They’d originally intended to rent an apartment in central Jerusalem, but a visiting rabbi in their shul convinced them to explore the possibility of living in RGZ. “We were so impressed with the people at the Kass Group, we decided to purchase even without coming first to Israel to see the property,” says Gavriel. “When I came a few months later to see the apartment and the neighborhood I was very satisfied, and I felt confident that I was in good hands.”

When describing the advantages of living in RGZ, the Hemsys emphasize the wholesome and peaceful atmosphere that is conducive to raising children. “The kids have plenty of friends to play with, and when they go to the park, I can watch them from my window,” Gavriel says.

For Gavriel Hemsy, a high school teacher, a good Jewish education is a top priority, and indeed, that was one of the reasons he and his wife decided to make Aliyah. “In our town in northern Argentina, we had no religious schools. Rabbi Avi Horowitz from Chile tried to help us find a solution, but it didn’t work out. Now, Rabbi Horowitz moved here to serve as the principal of the new school in RGZ!”

After the Hemsys arrived, representatives from the Givat Zeev local council helped them with registration for the local kindergarten and school. “That first week, they accompanied us to the school and introduced us to the teacher and principal,” said Gavriel. “I didn’t know it at the time, but it was the people from the Kass Group who had made all the arrangements.”

While both the Hemsys and the Rosenbergs had previously been accustomed to life in a big city, they are delighted by the beautiful parks, the spacious infrastructures, and the serenity of RGZ’s mountain views. “It’s breathtaking!” enthuses Leah. “Yesterday morning, I looked out our back door and I saw a herd of sheep on the mountain right across from us. It’s like living in the times of the Torah!”

Most significantly, the strong feeling of community in RGZ is difficult to duplicate in an urban environment. “Here I know everyone in shul. I know most of my neighbors,” observes Gavriel. On a more practical note he adds, “We’re minutes away from Jerusalem, and not all that far from Tel Aviv, either. And for the price of a tiny apartment in the city, we have a beautiful, spacious 5-bedroom apartment.”

Real estate broker Eliyahu Kleinman points out that dozens of families from Monsey will be moving in by the end of the summer, together with their rav, Hagaon Harav Betzalel Rudinsky, who already opened a kollel in the neighborhood. “At the end of the day, it’s the community life that’s the main attraction,” says Kleinman. “When people see the wonderful families who live here together with the high quality of life, they want to be part of it.”