Rabbi Berel Wein left a burgeoning career as a corporate lawyer for a more fulfilling path as a synagogue rabbi and educator. Now, in his newly-released autobiography, “Teach Them Diligently,” the internationally-renowned scholar, historian, and lecturer reflects on the formative events of his life. In the following excerpt, he describes his adventures traveling around the world as the rabbinic administrator of the Orthodox Union, the anti-Semitic encounters he faced, and the time he got stuck in Communist China in effort to kasher a Japanese glycerin manufacturer:

During my years as rabbinic administrator, I flew a lot. Interesting things always seem to occur on my travels, providing me with lots of airplane stories. In early 1974, when the Arab oil embargo of America was in full force, I was seated on a plane next to a very well-dressed businesswoman. In mid-flight, without warning, she turned to me and said, “You know, all this trouble we’re in is your fault.”


America was suﬀering from a major gasoline shortage, with long lines at every gas station, bringing much latent anti-Semitism to the fore. Yet I was taken aback by the nature and tone of her words. Somehow, I very calmly answered her, “No, madam. It may be because of me, but it is definitely not my fault.” We said nothing more for the rest of the flight.

Remember: Much may happen in human society and history for which the Jewish People may be the catalyst, but in no way does that make us at fault for what occurs. This crucial subtlety underpins all intelligent appraisals of Jewish history.

I was once scheduled to fly to Atlanta to speak at a fundraising banquet for the local day school. I had booked a flight with the now defunct but then newly bankrupt TWA. I arrived at the airport with what I thought was plenty of time, but because of the bankruptcy, TWA had only one ticket agent to handle the many dozens of customers in line. After standing in line more than an hour, I finally arrived at the counter, only to be informed that the computer automatically erased reservations a half hour before flight time – and it was now twenty-eight minutes before flight time. I implored the agent to overlook the two minutes, and she finally relented. She assigned me the last available seat on the plane – 3A in first class.

I ran to the gate and boarded the plane just as the door was closing. When the flight attendant saw my seat assignment, she whispered to me, “You’re sitting next to the vice president of the airline.”

Sure enough, when I arrived breathlessly at row 3, the vice president had strewn spreadsheets over both seats and was busy futilely attempting to save the airline. I asked to sit in seat 3A. He very reluctantly gathered up his papers and gave me a dour look as I plopped into my seat. After the plane took oﬀ, he again took out all his paperwork and went to work. I, in turn, took out my Chumash to look over the week’s parshah. After a few moments, he leaned over and asked, “What language is that book written in?”

“You mean there are still people left in the world who read and write Hebrew?” he responded incredulously. “I thought it was a dead language.”

“Well,” I explained, “there are millions of people in the world who read, write, and speak Hebrew. In fact, your airline flies regularly to a country where Hebrew is the oﬃcial language for millions of people.” For some reason he disliked my response. “I see that you and I have nothing in common,” he muttered, turning away. 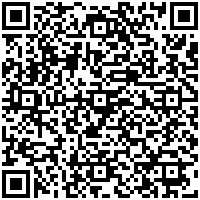