While not everyone has the ability or the circumstances that allow them to settle in Israel, being buried in the Holy Land, especially Jerusalem, is an almost universal dream on the part of all Jews. Those with children who have made Aliyah have an even greater motivation — so that their children and grandchildren will be able to visit their graves.

Many are under the impression that the cost of burial in Israel is costly, even prohibitive. However, as representatives from the Jerusalem Burial Society clarify, various options exist today that make it more affordable than ever before.

One of those options are the innovative underground burial halls, called The Hallowed Halls of Eternal Life (Minharot Olam). Located 165 feet under the ground, these halls are a marvel of modern engineering, fully accessible by elevators and golf carts, and featuring closed-circuit cameras, 24-hour security, and an intercom system that allow for peace of mind. WiFi and cell phone reception are available throughout the complex. Innovative thermostat technology maintains an even temperature of 72 degrees F year-round, so that funerals and memorial services can be held without concern for rain, heat or inclement weather.

The project, the first of its kind in the world, was a huge undertaking that took six years to complete. The architects and contractors were in constant consultation with rabbis to ensure that all would be in accordance with Jewish law. Indeed, the site adheres to the strictest standards and has been approved by Israel’s Chief Rabbis. The result: a tranquil and comforting space that honors the memory of those who have passed.

For all the high-tech, Rabbi Moshe Shimon, CEO of the Jerusalem Burial Society, stresses that this underground cemetery is in fact the revival of an ancient tradition. “The first burial mentioned in the Torah was also underground, in the Machpelah Cave,” he says. “It’s like we do today, although, obviously, they had none of today’s technology and conveniences.”

The Jerusalem Burial Society spokesmen clarify that the Hallowed Halls are just one option, among many, for burial on Har Hamenuchot. “There are plots available in different areas, including under the open sky,” says Moshe Shimon. Furthermore, he emphasizes, that while all burials are conducted according to Jewish law, the society is extremely sensitive to the needs of individual families and mourners. 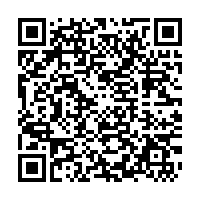