In celebration of Shuvu’s 25th anniversary, three generous donors have pledged to match every dollar donated today, quadrupling every single donation made online.

Every donation counts in touching the lives of more and more Israelis, instilling within thousands of families a high level of secular and religious education.


Shuvu has been giving the gold standard of Jewish education in Israel for 25 years. With a network of 67 schools, kindergartens, after-school programs and parent outreach programs, Shuvu provides a dynamic educational and welfare network that reaches thousands of Jewish families each year through high-level academic and Torah study.

The success of Shuvu’s programs is immense, with more than 22,000 alumni who have gone on to learn at Israel’s top yeshivas, serve in elite army units and land jobs at many distinguished companies. Shuvu has been lauded for its superior educational offerings, its remarkable Chessed programs, and its impact on Israeli society.

As Shuvu’s founder Rabbi Avrohom Pam zt’l would always say, “It is beyadeinu – in our own hands!” The future of Jewish education calls upon you to help support Shuvu’s tremendous work. And for one day only, each dollar will quadruple! Today’s the day to begin building the future.

DONATE TODAY and help Shuvu pave the way for a brighter future! 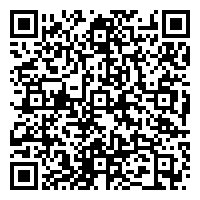