Prime Minister Binyamin Netanyahu noted Monday in a statement to media that once again, a United Nations “independent commission” tasked with investigating a conflict between Israel and Palestinian Authority terrorists has produced a biased report.


Speaking to reporters about The Schabes Report released Monday afternoon (June 22, 2015) by the Independent Commission of Inquiry, Netanyahu pointed out, “Israel is a democracy committed to the rule of law.

The report did not mention the term “human shields” even once in its 34-page advance executive summary.

“In defending itself against such attacks, Israel’s military acted, and acts, according to the highest international standards,” Netanyahu said. During the conflict, the IDF dropped countless leaflets written in Arabic over areas marked for battle due to the numerous military targets within: each time, the leaflets warned residents to evacuate the area due to an impending battle. The flyers were followed up with automated phone calls to house phone lines and text messages to cell phones, in Arabic. Yet the Commission nevertheless insisted the IDF did not take enough measures to ensure Gaza’s civilian survival.

“The report in hand was commissioned by a notoriously biased institution; it was given an obviously biased mandate; it was initially headed by a grossly biased chairperson who received money from the Palestinians and was forced to resign.”

The Commission chairperson, Professor William Schabes, was found to have been a former legal adviser to the Palestine Liberation Organization – a clear conflict of interest. When this information was made public by Israel, Schabes had no other recourse but to resign his post, which he did in February 2015, just one month prior to the completion of the probe.

“So, Israel treats this report as flawed and biased, and it urges all fair-minded observers to do the same.

“Such fair-minded observers recently investigated Israel’s conduct in the Gaza campaign. They include senior generals from the United States and NATO countries. They found that not only did Israel uphold the highest standards of international law, in the laws of armed conflict, they said that Israel exceeded the highest standards.

“Israel will continue to uphold its commitment to the laws of armed conflict despite the brutal tactics of its enemies,” Netanyahu continued, “and it will continue to investigate any allegations of wrongdoing in accordance with highest international standards.” 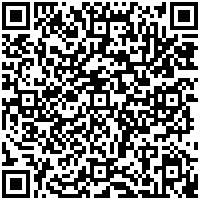