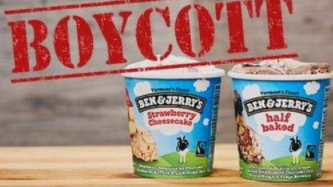 Arizona has become the second state to take official action against Unilever (the parent company of Ben & Jerry’s) after July’s shocking announcement that they will no longer do business (beginning in 2023) with the Jewish State! Due to the Grand Canyon State’s strict anti-boycott laws, the international conglomerate stands to lose a lot of money!

The last few years have seen the rise of the radical, anti-Semitic BDS (Boycotts, Divestments, Sanctions) movement which seeks to harm (and in many cases eradicate) the Jewish State through economic isolation. Some of their tactics include pressuring companies that do business with Israel, pushing Universities (and professors) to blacklist Israeli academic institutions, and coercing non-profit organizations to divest their money from investment funds which work with Israel (some officially target “only” Judea and Samaria and the Golan Heights, but the majority of them openly target the entire state). In order to combat this disgraceful movement, 35 states have passed Anti-Boycott laws prohibiting their government from doing any business with (or awarding/renewing) contracts to companies who blacklist Israel. From them, 21 states explicitly include Judea & Samaria (aka the West Bank) in their laws, and 12 (including Arizona) require their state to remove companies that engage in boycotts from state employee retirement investment funds (the latter of which experts say is far more damaging than simply ending contracts for goods and services)!


Started in 1978, Ben and Jerry’s became one of the most popular ice cream brands in the world. Its founders were known for their (often extreme) leftwing views. Though primarily a for-profit company, the company often involves itself in (non-business related) political issues. In 2000, they sold the company to the giant British conglomerate Unilever (who also own many huge companies including Dove, makers of soaps, shampoos, and several other products). Unilever claims that when they bought the company, they agreed to the founder’s stipulation that Ben and Jerry’s retain a board of directors who would remain independent from its parent company. Although the original owners are supposedly not involved in company decisions, they wrote an op-ed in the New York Times saying they are “proud” of the company for taking such a “brave” stance (although the company continues to do business with China despite its actions against Hong Kong and Taiwan, while staying silent on the country’s genocide (and forced slave labor) against the Uyghur Muslims).

Arizona’s pension fund currently has a whopping $143 million invested in Unilever. Already, the
company has pulled out all but $50 million of it. On September 21, they will take out the remainder. In addition to the immediate loss, experts say it will negatively impact the company’s stock prices. They will also be prohibited from buying Unilever products for Government institutions (many states for example have lucrative contracts with Unilever to supply hygienic products to its prison population).

Unilever is protesting the decision, claiming that they are the victims because their hands are tied to stop this. They argue that it is unfair to hold the entire company liable for the actions of one of their subsidiaries. Arizona State Treasurer Kimberly Yee, however, sees it differently. She wrote,

“As Arizona Treasurer, I’ve divested all state funds from Ben & Jerry’s for boycotting Israel…I will not allow taxpayer dollars to go towards anti-Semitic, discriminatory efforts against Israel. Arizona will not do business with companies that are attempting to undermine Israel’s economy and blatantly disregarding Arizona’s law.”

The Treasurer added she understood that Ben & Jerry’s independent board had the ability to make a boycott decision over Unilever’s objections, but the fact remained that the company was in violation of Arizona law.

Arizona is not the first to pull the trigger. As reported here last month, Florida also took official action against Unilever (for more on that, click here). In addition, six other states are currently weighing similar steps including New York, New Jersey, Rhode Island, Illinois, Maryland and Texas.

Authors note: For Israel, a lot more than ice cream is at stake here. Many corporations are currently facing pressure to cease doing business with the Jewish State and are closely watching to see how this is played out. Everyone can do their part to counter the BDS movement by raising awareness (including by reaching out to Unilever and the stores that carry their products). Let them know what it means to you as a customer, share your concerns with local (and national) politicians, talk to your friends and/or congregations and share this (and similar) articles that discuss the threats posed by BDS! 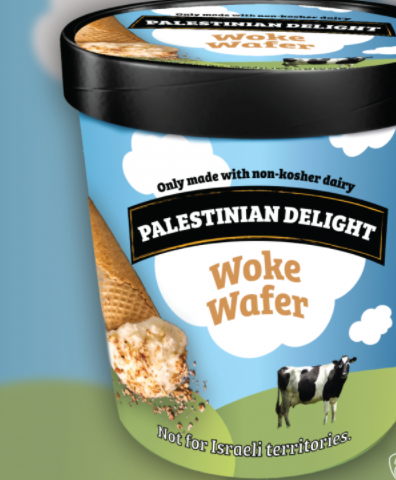 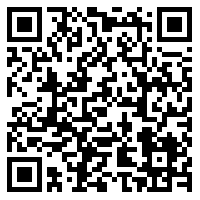