TIMBUKTU, Mali (AP) — A year before he was caught on an intercept discussing the terror plot that prompted this week’s sweeping closure of US embassies abroad, al-Qaida’s top operative in Yemen laid out his blueprint for how to wage jihad in letters sent to a fellow terrorist.


In what reads like a lesson plan, Nasser al-Wahishi provides a step-by-step assessment of what worked and what didn’t in Yemen. But in the never-before-seen correspondence, the man at the center of the latest terror threat barely mentions the extremist methods that have transformed his organization into al-Qaida’s most dangerous branch.

Instead, he urges his counterpart in Africa whose fighters had recently seized northern Mali to make sure the people in the areas they control have electricity and running water. He also offers tips for making garbage collection more efficient.

“Try to win them over through the conveniences of life,” he writes. “It will make them sympathize with us and make them feel that their fate is tied to ours.”

The perhaps surprising hearts-and-minds approach advocated by the 30-something Wahishi, who spent years as Osama bin Laden’s personal secretary, is a sign of a broader shift within al-Qaida. After its failure in Iraq, say experts who were shown the correspondence, the terror network realized that it is not enough to win territory: They must also learn to govern it if they hope to hold it.

“People in the West view al-Qaida as only a terrorist organization, and it certainly is that … but the group itself is much broader, and it is doing much more,” says Gregory Johnsen, a scholar at Princeton University whose book, “The Last Refuge,” charts the rise of al-Qaida in Yemen. “The group sees itself as an organization that can be a government.”

The correspondence from al-Wahishi to Algerian national Abdelmalek Droukdel is part of a cache of documents found earlier this year by the AP in buildings in Timbuktu, which until January were occupied by al-Qaida’s North African branch. The letters are dated May 21 and Aug. 6, 2012, soon after al-Wahishi’s army in Yemen was forced to retreat from the territory it had seized amid an uprising against long-time Yemeni ruler Ali Abdullah Saleh.

At the time, the terror network as a whole was trying to come to grips with its losses in Iraq, where people rose up against the brutal punishments meted out by al-Qaida’s local affiliate, a revolt which allowed US forces to regain the territory they had occupied. That failure which was front and center in how al-Qaida in the Arabian Peninsula went about governing the two provinces it held for 16 months on Yemen’s southern coast, including the region where al-Wahishi was born, says Robin Simcox, research fellow at the Henry Jackson Society, author of a study chronicling the group’s attempt at governance.

In the May letter, al-Wahishi warns his counterpart not to crack down too quickly or too harshly.

“You have to be kind,” he writes. “You can’t beat people for drinking alcohol when they don’t even know the basics of how to pray. … Try to avoid enforcing Islamic punishments as much as possible, unless you are forced to do so. … We used this approach with the people and came away with good results.”

Al-Qaida’s foray into governance in Yemen began on the morning of Feb. 28, 2011, when residents of the locality of Jaar woke up to find an ominous black flag flying over their town. Fearing the worst, the population was mystified to discover that their extremist occupiers appeared more interested in public works projects, than in waging war.

“There were around 200 of them. They were wearing Afghan clothes, black robes that go to the knees, with a belt,” said Nabil Al-Amoudi, a lawyer from Jaar. “They started extending water mains. … They installed their own pipes. They succeeded in bringing electricity to areas that had not had power before.” 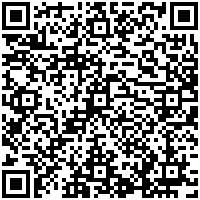