In fact, the reverence that Islam holds for King Solomon as a prophet is one of the main reasons why the Arab forces sought to build a mosque in Jerusalem, instead of leaving the Temple Mount in ruins like their Byzantine predecessors did. According to the American archaeologist Eric Cline, writing in his book Jerusalem Besieged, “The first qibla that Mohammed proposed for Moslems—-probably in about 621 CE, while he was still in Mecca—-was towards Jerusalem, in part because the Temple of Solomon had been built there. A variety of ancient sources report that when Umar entered Jerusalem, he asked to be taken to the Temple Mount, wanting to see the site where Solomon’s Temple had once stood.”


Cline emphasized that Caliph Umar was shocked to witness the “rubbish, dung and the shattered remains of destroyed buildings” left by his Byzantine predecessors. According to Cline, “Umar knelt down and began to clean the area himself, putting handfuls of refuse into his own cloak and then carrying away the accumulated garbage and debris. His followers followed suit, and soon the ancient Temple Mount was cleansed of the debris of five centuries.” Afterwards, a mosque was erected at the site, not only because Muslims believe that it is the spot where Mohammed went on his nocturnal journey into heaven, but also out of Islam’s reverence for King Solomon.

Caliph Umar was far from the only Muslim to recognize the historic connection between King Solomon and the Temple Mount. GLORIA: the Global Research in International Affairs reported, “In Sura 17:1 of the Koran, the farthest mosque is called the al Masjid al-Aqsa. The Tafsir al Jalalyn, a well-respected Sunni exegesis of the Koran from the 15th and 16th centuries, notes that the ‘Farthest Mosque’ is in reference to the Bayt al Maqdis in Jerusalem. In Hebrew, the Jewish Temple is often referred to as the Beit Al-Miqdash, nearly identical to the Arabic term.”

GLORIA furthermore noted, “In the commentary of Abdullah Ibn Omar al-Baydawi, who authored several prominent theological works in the 13th century, the Masjid is referred to as the Bayt al-Maqdis because during Mohammed’s time no mosque existed in Jerusalem.” The report added, “Koranic historian and commentator, Abu Jafar Mohammed al-Tabari, who chronicled the seventh century Muslim conquest of Jerusalem, wrote that one day when Umar finished praying, he went to the place where the ‘Romans buried the Temple at the time of the sons of Israel.’”

Additionally, eleventh century Muslim historian Ahmad al-Maqdisi and fourteenth century Iranian religious scholar Hamdallah al-Mustawfi both stressed that the Al Aqsa Mosque was built on top of King Solomon’s Temple. Sheikh Dr. Muhammed Al-Husseini has also argued that “the traditional commentators from the eighth and ninth centuries onwards have uniformly interpreted the Koran to say explicitly that Eretz Yisrael has been given by G-d to the Jewish people as a perpetual covenant. There is no Islamic counterclaim to the land anywhere in the traditional corpus of commentary.”

Aside from the fact that the existence of the Kotel alongside numerous other archaeological finds within the Old City of Jerusalem attest to the existence of a Holy Jewish Temple in the location of the Temple Mount, MK Zahalka has no Islamic nor historical basis for denying the Jewish historical connection to the Temple Mount. If he truly cared about what was best for Arab citizens of Israel, he should be calling on Jews and Muslims to pray side by side in harmony within the holy site, not denying facts that his own Muslim ancestors confirmed to be true. 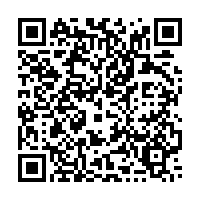