The Center for Security Policy has launched a petition demanding that the American Conservative Union (ACU) expel Grover Norquist, whom CSP identifies as the center of a Muslim Brotherhood influence operation in the organization:

On February 11, 2014, ten influential national security practitioners sent a letter to American Conservative Union board member Cleta Mitchell, urging her and her colleagues to take action against Grover Norquist and Suhail Khan, two ACU members who have for years been running influence operations against conservatives on behalf of the Muslim Brotherhood and other Islamist causes. She ignored it.

Both Norquist and Khan have had relationships with a bevy of individuals with strong ties to the Muslim Brotherhood — including jailed al-Qaeda and Brotherhood member Abdurahman Alamoudi and onetime head of Palestinian Islamic Jihad Sami al-Arian — that make their participation in the American Conservative Union anathema to the organization’s supposed vision. It behooves true conservatives, Republicans — and, indeed, the American people as a whole — to resist such subversive operations and to expose and counter those who enable them.

Sign this petition and send ACU Chairman Al Cardenas and Executive Director Dan Schneider emails. Let them know you want Norquist and Khan out of the American Conservative Union.

The newly-released monograph, Agent of Influence: Grover Norquist and the Assault on the Right reproduces the letter to Mitchell and the accompanying Statements of Facts she ignored. It is also available at Amazon.com. 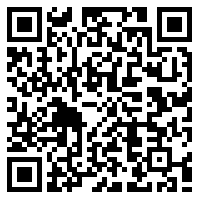