Earlier this month, the New York Times reported on how officials around the world united to stop Syrian use of chemical weapons, likely against civilians. The main force behind the effort was reportedly President Obama, who sent “sharply worded private messages sent to the Syrian leader and his military commanders through” a variety of states with closer ties to Syria.

But today, reports from Lebanese sources about Israeli incursions into Lebanese air space indicate that Israel may have just struck a target in Syria, just near the Syrian-Lebanese border. While it is unclear what was struck, over the last few days Israeli leaders had been publicly worrying about Syrian Chemical weapons, specifically that they might slip into the wrong hands. And then came this strike.


Could it be then that Obama’s sharply worded messages to Syria did not stop their chemical weapons activities? And further, that Israel military action destroyed these or some of these weapons, preventing their use? Remember also that Obama’s messages were triggered by Israeli intelligence reports, which Israeli military commanders dutifully passed on by calling the Pentagon.

This is yet another example of how the new U.S. foreign policy towards Arab states – ask them nicely, but don’t do anything to upset them – has once again utterly failed. With John Kerry and Chuck Hagel joining the cabinet as the highest level executive officials under the President that policy is likely to be augmented.

Hagel and Kerry as well as a host of other U.S. officials also subscribe to the corresponding theory of Palestinian centrality, according to which the Israeli-Palestinians conflict is at the heart of regional instability. That means that U.S. pressure on Israel not to take unilateral actions – precisely like the one it just took in Syria, or like the last one in Syria under Ehud Olmert which it seemed the United States did not want any involvement with, or the Israeli strike on Osirek under Menachem Begin, which the U.S. publicly condemned – is going to be even greater.

(Especially as Hagel has in the recent past opposed military action against Iran’s nuclear program).

But it the Israeli willingness to do whatever it takes to prevent weapons of mass destruction from falling into the wrong hands whether in Syria, Lebanon or Iran, may be the only thing preventing civil wars or heated rhetoric from becoming mass atrocities. 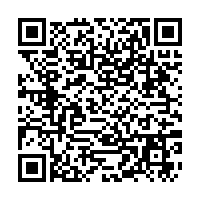