On this day in 1981, Israel annexed the Golan Heights. Menachem Begin pushed the bill to apply Israeli law, jurisdiction and administration to the area through all three readings in the Knesset in six hours. He caught the United States and even his own cabinet off-guard. The measure was approved in the Knesset by a vote of 63 to 21.

The Reagan administration said that it violated the Camp David Accords.  The Soviet Union, Egypt and Syria, of course, all criticized the move as well.


In response to the passage of the law and other actions by Israel under Begin’s leadership – bombing PLO headquarters in Beirut and Iraq’s nuclear reactor –  the U.S. rescided a memorandum of understanding between the two countries.

Begin reacted by summoning the US ambassador to Israel into his office, telling him Israel was not a Banana Republic or vassal state and did not respond to threats of punishment. He then released the text of his lecture to the ambassador to Israeli radio.

It wasn’t before long, that relations between the two countries returned to normal and improved greatly. Under Yitzchak Shamir, another stubborn Jewish’ terrorist,’ who succeeded Begin as the next Likud Prime Minister, the U.S. and Israel signed another agreement which was even more favorable than the prior memorandum.

Let that be a lesson to those who fear that striking Iran’s nuclear reactor (which the vast majority of Americans would sympathize with), building in E-1 or any other area of Judea and Samaria would isolate Israel and ruin our relationship with the United States.

One of Begin’s arguments regarding annexing the Golan in response to Syrian intransigence is also worth remembering. Syrian President Hafez Assad had said a few days before that “even if the Palestine Liberation Organization recognizes Israel, we in Syria cannot recognize it.” Begin cited that statement (in addition to the Jewish people’s moral and historic right to all parts of the Land of Israel) as justification for annexing the territory.

According to the Jewish Telegraphic Agency, Begin said that he had appealed to Syria many times to come to the negotiating table, but they never responded. “Should we wait for years, possibly for five generations, for the Syrians to change their minds?”

The Palestinians similarly have rejected 20 years of Israeli overtures, culminating in their most recent rejection of Israel by going to the U.N. asking for recognition of Palestinian statehood and through Abbas’s speech to the General Assembly demonizing Israel. For two decades we have held open the possibility of creating a state for them. It’s time to take that option off the table.  How many more generations should we wait for them to change their minds?

We should annex  Judea and Samaria on our own terms, providing some form of autonomy to non-Israeli citizens there and, aside from political rights and citizenship laws, extend every other part of Israeli law, jurisdiction and administration to the area. 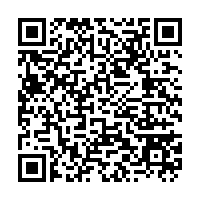