And build they did. The one drawback of the complete freedom this country offered is the threat of outside influences drawing our children away from observance. The assimilationist ‘melting pot’ pull was the hallmark of America back in the 50s. To combat that pull a strong day school and Yeshiva high school system was built. That kept the draw of the outside world at bay. Which has worked out very well for the most part. Over the last 60 or so years the Orthodox Jewish community has had an explosion in growth. As is rather well known by now, Orthodox Jewry in the US is the only segment in America that has experienced growth. Every other segment has experienced a decline in its numbers.

But all is not rosy. There was still that ‘pesky’ draw from the outside world. A draw takes many forms. From the easier lifestyle, to events and activities that even most fervent Orthodox Jews can easily be drawn to… as well as intellectual challenges to the very core of our faith. This impacts Jews across the Orthodox spectrum.

That draw has always been there. But until relatively recently the right wing of Orthodoxy was fairly successful of keeping those influences out. The constant vilification of ‘the outside world’ and the lack of any easy means to be influenced by it has kept the vast majority of their young people in the fold.

The rest of Orthodoxy allowed more exposure to the ‘outside’ culture and that too took its toll. There have been many young people who have found outside influences to be irresistible and have gone astray themselves. The more exposure, the greater the pull to go astray. My guess is that there were probably a lot more Orthodox Jews going astray from those exposed to the culture than there were from those that were isolated from it.

All this has changed. Now everyone has easy access to the culture and all of its vices, both social and intellectual. There is no such thing anymore to insulating ourselves from the outside world. The isolationist polices may still work for some. But increasingly it has become far less effective. The advent of hand held devises can now access anything in the world in a matter of moments, without anyone being the wiser.

This has destroyed isolationist tactics. What makes things worse is that isolationist polices have a disadvantage. Young people that have been educated forbidden any contact with the outide world including via hand held devices – lack the wherewithal to combatthe images and anti Torah forces that are so prevalent. Past vilification of what is so easily accessed is questioned. Not everything they see is evil. And what’s worse they are ill prepared to handle the intellectual challenges they suddenly encounter. Isolation offers no preparation for that.

In my view the danger to the right is now even greater than to the center and left. Those of us who have been exposed to and are taught how to deal with it stand a far better chance of staying on course than those that haven’t.

At this point in time, I’m not sure which of us are at greater risk. But even if one were to concede that Modern Orthodox world is still at greater risk – the Charedi world is catching up real fast. Putting up additional fences is not the answer. Trying to combat the pervasiveness of outside influences so easily accessed by increasing isolationist tactics is only going to increase those who go astray.

It seems to me that the best way to handle the word as we know it today, is not by digging the hole of isolation ever deeper. It is in my view a much better option to teach our young how to interact with it and to prepare them for the challenges they may encounter. This does not mean that we should just allow unfettered access to our young. But it does mean minimizing its use and limiting the chances of harmful encounter via filters. 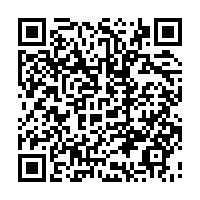