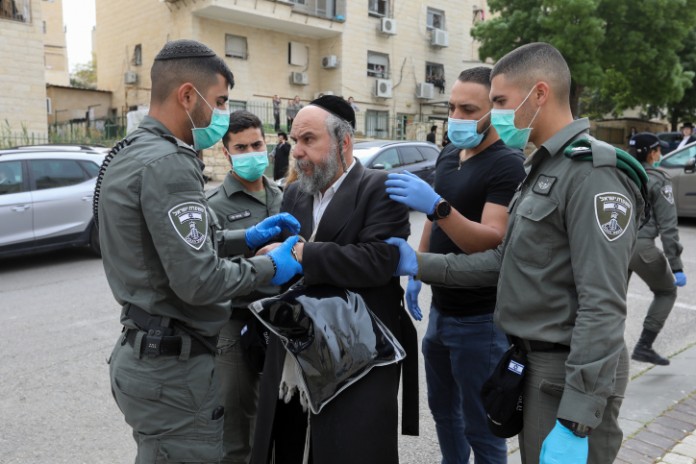 One of the most alarming things happening during the COVID-19 pandemic is the defiance by so many people to wearing masks in public.

I can’t believe the stupidity!

It’s not like all of them are really stupid. Most of them are not. But they are acting that way. With a record number of people in the US testing positive for COVID in a single day, yesterday, the potential for real disaster (beyond even what we have experienced til now) is enormous!

Unfortunately, some of the defiant ones are Orthodox Jews! (So much for Jewish intelligence!) I keep hearing shouts like ‘My body, my rights!’ As though it is only the individual refusing to wear masks that are affected. That is not true. Unless they are purposely ignorant about what those masks do, these people are among the most self centered people on earth!

Some will counter-claim that they simply don’t believe that things are as bad as the health officials across the country are saying. Or that the media is misrepresenting the facts. That is usually accompanied by saying that the Orthodox community has had very few cases of COVID over the last few months. So why bother? We aren’t affected!

What they don’t seem to understand is how contagious this virus is. That it is asymptomatic people that spread it the most. Unless you have never ventured outside of your house since March, you have no way of knowing whether someone you had come into contact with had the virus and gave it to you. Which – without a mask – you will spread to others more quickly .

If this were just a matter of getting sick and quickly recovering, I could understand why some would have this attitude. But as I repeatedly say, the fact is that a lot of people never experience symptoms. And yet a lot of other people get sick and die. And even among many of those that get sick and survive, they go through an ordeal bringing them as close to death as possible. The suffering that they go through is unlike any other common sickness most of us have experienced– like the flu. Being young and not having an underlying health condition is no guarantee that you won’t get that sick – or even die!

By coincidence I spoke to one such fellow this morning – an Orhtodox Jew in his 50s who was in great physical shape (He participates in bicycle marathons throughout the year). He got sick in March and almost didn’t make it. I asked him how he was doing. He said, he was doing well.

But the way he said, didn’t sound all that convincing. So asked him if he’s fully recovered. He hesitated a bit and then said, physically, yes. Adding that it was an ordeal from which he has not fully recovered mentally. I can only imagine what it must have been like being hospitalized; on a ventilator; and feeling so sick that you don’t think you are going to make it. Nor can I imagine what this did to his family.

The pandemic is still spreading all over the country. Even though a few states in the Midwest and Northeast are recording a lot fewer numbers of people testing positive than they did at the outset of this pandemic back in March and April, the numbers there are nevertheless starting to creep up from their lows in May. And people are still dying from this disease!

Unfortunately a lot of us are treating this as a political issue. Even some of us that are Orthodox. Instead of looking at the health issue, they are looking at it as a rights issue. The breakdown seems to be that liberals are the ones seeing it as a health issue while conservatives see it as a politcal issue.

I am with the liberals. There are two words for people that are concerned only with their personal rights: Self centered.

It’s not that they don’t care about others. They just don’t think about anyone else but themselves.

This is why being an Orthodox Jew is not dependent on whether one is politically conservative or liberal. Judaism is comprised of ideals from both political philosophies. Those of us who are married to one side or the other do a disservice to ourselves as observant Jews.

I don’t know where this new rise in numbers will take us. Just because a few states have low numbers doesn’t mean that can’t change. We have open borders here. People can travel from state to state freely and do so in droves every single day. There are no guards at the border… no one is there taking anyone’s temperature as you cross that border. No one is there to see if you’re wearing a mask. No one will follow you to see if your will be socially distancing when you reach your destination.

The potential for a return by ALL states to the high numbers we had a couple of months ago is real. Which might mean a return to closing down the country again and asking everyone to stay home.

What is known is that human beings are social animals. We need each other more than we realize. Human interaction is vital to our mental health. Thank God we live in an era where we can socialize in virtual reality. At least most of us can – having that technology in our homes.

All this being said, I don’t think the defiant ones among us (mostly politically conservative Orthodox Jews) will change their attitude. They will continue to insist that their rights are being violated while believing the pandemic is not as serious as health officials and the liberal media will have you believe. At least until enough of them get so sick that they will have no choice but to notice.

Apparently residents of the city of Lakewood are among the defiant ones. I have been told that most of them have abandoned wearing masks altogether. The son of one individual I know is getting married there soon. And she is scared to death of going to that wedding because of that.

WHAT IS THE MATTER WITH THESE PEOPLE!

Let them turn to the Rabbonim of Bnei Brak – hardly a religiously liberal bunch. From VIN, here is what they are saying:

Rabbi Baruch Diskin, the Rosh Yeshiva of Orchos Torah said that “we have come hear to raise an outcry. People need to know that whoever goes without a mask bears responsibility for the entire Torah world. We are reaching a situation where heaven forfend we will need to close all Torah institutions and shuls. Doesn’t the public understand that we are going there? If one Jew is careless, he should know that he has responsibility for the entire Torah world, who can bear such a burden? There is no room for a believing Jew to say “I’ll be ok”… The rabbis of the town, Rabbi Chaim Yitzchak Eizik Landa and Rabbi Shevach Rosenblatt also spoke about the individual’s responsibility to others regarding wearing a mask and stated that “one who is lenient on this is directly responsible for placing others in isolation with all the attendant damage to body and soul stemming from the isolation, it is all due to that person’s carelessness.” 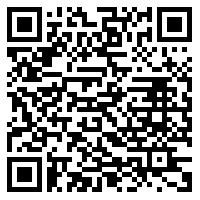