After an operation in Judea and Samaria Wednesday night, Israeli forces have arrested about 280 Palestinian Arab suspects in connection with the recent abduction of three Israeli teenagers.


Since the beginning of the operation, IDF forces have detained approximately 280 suspects, including 200 Hamas operatives. Fifty five of the arrested were released as part of the Gilad Shalit prisoner exchange in 2011.

Forces detained the suspects in the Judea and Samaria region, where Hamas terrorists abducted the three teens last Thursday. Soldiers also searched about 900 locations and carried out operations against Dawa institutions, the civilian mechanism used by Hamas to recruit operatives, disseminate information and raise funds.

During an operation in Nablus earlier this week, the IDF uncovered hundreds of weapons and explosives hidden in Palestinian weapons caches. As forces left the city Wednesday night, Palestinians hurled rocks and an improvised explosive device at the soldiers, leading to several arrests in the area.

A violent riot also erupted Wednesday night in Jenin, where soldiers were operating as part of their mission to find the teens. Like in Jenin, Palestinians hurled explosives and opened fire at the forces. The soldiers responded with live fire, identifying hits.

On Sunday morning, the IDF confirmed that Hamas terrorists were responsible for last week’s abduction. The IDF’s soldiers are working around the clock, on all fronts, to find Gilad Shaar, Eyal Yifrach and Naftali Frenkel – the three Israeli teenagers abducted last Thursday.

Soldiers controlling drones on the ground are enhancing Israel’s operation. Their technology provides crucial intelligence to forces trying to find the kidnappers. “As soon as we identify [a target], we’ll be able to notify forces in the area,” said Captain Yochai Varso, an IDF company commander. “When they ask to see a house, we’ll be able to show them the structure and movement nearby.”

During an overnight operation Saturday, IDF forces arrested about 80 Palestinian suspects connected to the terrorist kidnapping. “Palestinian terrorists will not feel safe,” IDF Spokesman Lt. Col. Peter Lerner stressed after the operation. “They will not be able to hide and will feel the heavy arm of Israel’s military capabilities.”

During a press conference on Saturday evening, IDF Chief of Staff Lt. Gen. Benny Gantz discussed the IDF’s broad search effort. “We are operating wherever needed and our efforts are growing,” Lt. Gen. Gantz stressed. “We remain determined to achieve our operational objectives, and will act with responsibility, poise and determination to accomplish whatever is required of us.”

Israeli forces searched throughout Hebron for signs of the young Israelis. Their operation took them between alleys, on top of houses and through the city’s markets. Israeli forces performed similar operations across the Judea and Samaria region. 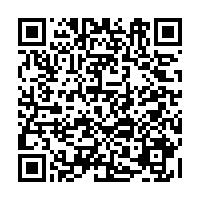