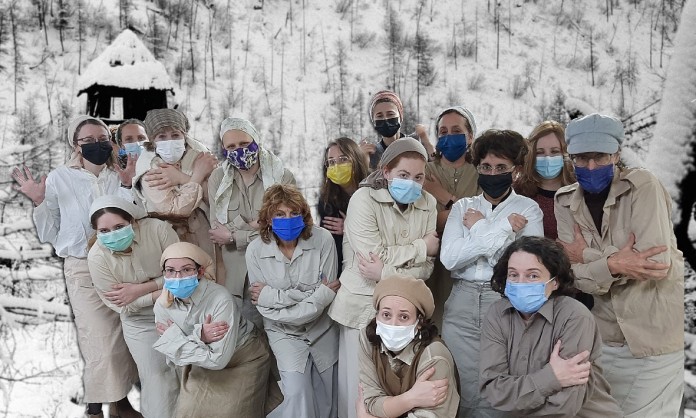 Ever since my creative partner Avital Macales and I began writing “WHISPER FREEDOM: The Soviet Jewry Struggle”, “Russia” has been on my mind. I’m addicted to clips by the Igor Moiseyev Ballet. The Red Army Choir blares in my car. Matryoshka dolls stand on my book shelf. And I shiver with excitement when I see my Jacobs Kronung coffee, which is in Leningrad.


So, I didn’t even blink when my friend Deena Sattler sent me an old Student Struggle for Soviet Jewry mailing that included a letter from February 1970, exactly 52 years ago. Who doesn’t have a 52-year-old letter in her desk? And of course, my desk would be the perfect destination for it. It’s covered with books and articles in preparation for “WHISPER FREEDOM”, our historical musical which premieres in Jerusalem in a month.

The letter, signed by eleven Soviet Jewish women, pleaded for women around the world to intercede on their behalf with the Soviet government. “…we appeal to you, women, no matter who you are – a student or a minister, a sales girl or a movie star, a housewife or a queen – we ask you, women: help us. Direct your demands to the Soviet government with the words: “Let them go in peace! Don’t keep them by force!”

Our sisters couldn’t break through the Iron Curtain to freedom, but nevertheless, they did everything possible to get their letters through to the outside world, to have their stories heard.

Once Jews applied to leave the Soviet Union for Israel, their lives changed for the worse. Permission was denied for endless reasons – possession of supposed classified information, relatives with classified information, demobilization from the Army, no permission from parents, etc. – refuseniks faced reprisals of all types. They could be expelled from university or fired from work; vilified by their “friends” and coworkers; drafted into the army; found their phone lines cut; tailed by the KGB, tried and sent to Siberia.

And yet, they never stopped pursuing their dream of living in Israel.

Eleven Jewish women risked their personal safety to speak up for their fellow Jews, prisoners of a tyrannical regime. They called out in desperation, “We … are striving to go to Israel, to the land of our forefathers, where we are awaited by our near and dear ones – our husbands and brothers, our parents and children, from whom we have been torn asunder.”

“They refuse us from behind closed doors, being afraid of publicity and, at the same time at the other end of the world, they proclaim from high international tribunes that in the USSR there allegedly are no persons desirous of going to Israel.”

“And what about us? And about thousands like us? We, who only live with the hope of going to Israel?”

At the end of the letter, I saw something amazing that I’d never seen in a “protest letter” – gratitude to the USSR for being the home of Jews for more than 500 years, even though history shows that those years were mostly bitter. “We are sincerely thankful to the peoples of the Soviet Union who have for centuries given shelter to our much-suffering people. But today, in the second half of the 20th century, we have our own Jewish state. Whether it is good or bad, it is our country.”

The letter intrigued me. Firstly, it inspired my writing partner and myself to have one of our “WHISPER FREEDOM” characters arrested by the KGB due to a similar letter – “anti-Soviet propaganda, slanderous statements against the Soviet Union”.

But mostly, it made me wonder: who were these eleven women who risked and, in several cases, suffered imprisonment because of their outspokenness?

Their names and addresses were on the letter, and I tried to find out more about them. All different ages and backgrounds, their common denominator was a desire to live in the Land of the Jewish People.

At 65, Dora Kolyaditskaya was the eldest of the group.

Dora and her husband had escaped Russia, after the Revolution in 1917. They lived in China until 1948 when Dora’s husband moved to Israel, but Dora, overcome with communist idealism, returned to the USSR with her daughter. When she realized her error, Dora moved to Moscow and unsuccessfully tried to emigrate and join her husband. However, Dora found an entire community of Jews who also sought Aliya.

Despite the danger of reprisals from the Soviet Regime, in February 1970, Dora Koliaditskaya brought a law suit in Moscow, seeking “the right to change her residence and nationality to that of her husband who lived in Israel.” Her request was denied.

By the time Lubov Bershadskya was 53, she had already written 20 letters to Soviet Premier Alexei Kosygn, begging him to allow her to go to Israel. She wrote, “Nobody needs me here. My departure will be entirely unnoticed. Be kind…, I beg you.” Answer: Nyet.

Lubov (Luba) Bershadskya grew up in an upper-middle-class family Kiev. Dispossessed by the revolution, she became a ballet dancer and teacher. At the end of World War II, her excellent English earned her a job at the US military mission of the American Embassy, but it also sparked her arrest and sentence of ten years, forced labor in Siberian prison camp. Prison had changed Lubov into a passionate Jew and a fighter for her people.

She married one of the few survivors of Babi Yar, Nikolai Roitburd, traveled from city to city, looking for work. Then in 1966 they began applying for emigration, and in doing so, became part of the refusenik family. Finally, in July 1970, six months after her last letter and 24 years after her arrest and imprisonment, Lyuba Bershadskaya became one of the few Jews to receive an exit visa.

Lutsia Muchnik was a 50-year-old physician when she signed the women’s letter. According

to Leonard Schroeter’s book, “The Last Exodus,” Lutsia’s husband Avram, a distinguished scholar “died when they were struggling to leave.”

Rosalia Plotkin was also a physician. Her visa application triggered her firing, “with a recommendation that she not be re-employed”, according to Schroeter.

Tina Brodetskaya was 35 when she signed the women’s letter a half century ago. Her father had been killed while fighting in the Soviet Army during World War II. Tina became interested in Zionism in university. According to “The Last Exodus,” In the summer of 1957, Tina enthusiastically greeted the Israeli delegation to the Sixth World Festival of Youth and Students in Moscow. “Her enthusiasm lead to conviction for Zionist activities and three years in a labor camp.” When Tina was freed, she became a speech therapist, and continued to fight for freedom for Soviet Jews.

I was excited to see the last name on the letter, Ruta (Ruth) Alexandrovich. One of the characters in “WHISPER FREEDOM”, Ida Alexandrovich, is named in honor of the angel of the refusenik’s Ida Nudel o’h, and Ruth Alexandrovich.

Ruth Alexandrovich of Riga was 23 when she bravely put her name to the Women’s Letter. Active in the Zionist movement, she traveled to “Moscow, Leningrad, Kiev, Minsky, Kharkov, Odessa and other cities as a courier and disseminator of information,” according to Schroeter. At 24 years old, she was indicted for publishing anti-Soviet literature, creating anti-Soviet agitation and propaganda.

When the KGB searched her home, they seized Hebrew books, dictionaries, Israeli postcards, copies of petitions and letters, and personal correspondence. A few days before her wedding, as Ruth was arrested her, she called out to her mother, “Mother, if something happens, don’t wait for me. Go to Israel.” And that is what she did.

Ruth wrote an open letter, “Of what am I guilty? ….I shall be put on trial only because I am a Jewess and, as a Jew, cannot imagine life for myself without Israel.” At her interrogation, Ruth Alexandrovich said, “I wanted to leave for Israel. My applications were always rejected.”

In May 1971, Ruth was sentenced to a year’s imprisonment on charges of spreading anti‐Soviet propaganda. Her conviction touched off demonstrations, led by her aunt, in England, Israel, the United States and other locations. She was freed five months later, and her family was reunited when Ruth moved to Israel with her father and her fiancé Sanya Averbukh. At the airport, Ruth pleaded that the Israeli government help Sylva Zalmanson, who was in labor camp for participating in “Operation Wedding,” a failed-attempt to escape the Soviet Union.

While I haven’t found the stories behind the other cosigners to the Women’s Letter, I know that the bravery of these women put their lives on the line to fight for freedom.

The story of brave Soviet refuseniks will premiere in Jerusalem on Sunday, March 6, when the historical musical “WHISPER FREEDOM: The Soviet Jewry Struggle” takes the stage. Co-produced by The Women’s Performance Community of Jerusalem and OU Israel, “WHISPER FREEDOM” was written and composed by Sharon Katz and Avital Macales. 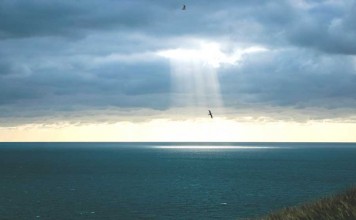