In Israel, there is great national pride that once again, our soldiers and rescue forces are flying across the world to help. In the best of circumstances, as they have in Haiti, Nepal, Indonesia, Turkey and elsewhere, they will succeed in helping to rescue people. In a worst case scenario, they will help give families closure and offer the ultimate and eternal respect for the dead in retrieving bodies and allowing for funerals.

As an American, I am horrified by the tragedy that has befallen the city of Miami, the state of Florida and the entire United States. I am honored to know that as an Israeli, my country has rushed to help. So far, Israel and Mexico are the only countries who have sent teams. Last night, I got an alert from the Washington Post on my tablet. I clicked and saw a picture of the Israeli rescue forces


Jews represent under 2% of the entire population of the United States. I haven’t looked at all the names, but from the brief reports I have seen, it appears that Jews represent close to 20% of the population in the building, perhaps more. And yet each story – in the Washington Post, New York Times, CNN and others focus predominantly on anything but the Jews and Israel. In the Washington Post, a picture of the Israeli rescue forces, but not a mention of who they were. In the NY Times, a quick mention and on to other things. And in Reuters, a line that insults as distorts as much as it reports. You see, both the Israelis and the Mexicans bring their expertise but lest you think good thoughts, Reuters is quick to offer their opinion, “The Israelis,” the Reuters article states, “come trained by war. The Mexicans, by natural disaster.”

If we are to be accurate, at least Reuters could have suggested that the Israelis come trained by Palestinian and/or Islamic fundamentalist terror attacks.” In truth, though, while the source or the need for this training started with terror, it has been sharpened and fine-tuned by rushing to help in natural disasters such as earthquakes and tsunamis.

Ultimately, the Israelis didn’t fly across the world to make publicity points. They went, as they always do, to preserve the sanctity of life and offer respect for the dead. But as I read the articles that struggled to ignore how many Jews were in that building and the nationality of the team that traveled the farthest simply to help, I remembered something my daughter asked me, “Ima,” she said, “why do they hate us so much?”

Even when we are risking our lives to help others, the hatred seeps through. Why? Why do they hate us so much? In truth, there is no answer. There never has been. On our side, finally, there is acknowledgement and more, there is strength. We won’t ever stop anti-semitism. In some ways, it is nearly as old as the Jewish people and nearly as eternal. It ebbs and flows through time and location and so it is for us to reframe the question. The question can no longer by why they hate us. People ask, “why” for two reasons. Either to try to solve the issue or, at very least, to understand it.

Israel is, in many ways, a way of surrendering to this paradox. We no longer focus on the why because we know that we cannot resolve it, nor can we understand it. And so as I reach for desperate hopes that others in Miami will be brought out alive, and that in performing this daring rescue, our sons and daughters remain safe, I’ll surrender too.

Israel is there, on the ground in Miami and unlike the kind and brave and experienced rescue team from Mexico, we flew across the world to be there. In Indonesia, there were two teams, as there were in Turkey. One team was to do all that it could to rescue anyone, everyone. And the second team had specific goals. In Turkey, it was to find missing Israelis, including the Franco family and a nation cried when 98 hours after the earthquake when 9-year-old Shiran was brought to the surface by our soldiers.

In Indonesia, it was to find, dead or alive, Jews from other countries, whose families begged Israel to bring them home. Our troops didn’t stop until each was found. We’re likely to do the same in Miami. But here, we aren’t talking about a vast area hit by a natural disaster. With one building, our team will work to find each missing person, including the Jews so ignored by the world’s media.

And in our hearts, we will know that once again, Reuters failed. It wasn’t war that trained our soldiers, it was determination. Determination to fight for every life and honor every death. Somewhere in the heavens, there is an accounting being made and if the world fails to recognize the dangers our forces ignore, the mountains we scale, the lives we save, it is no matter. We don’t do it for anyone other than those who are trapped and waiting rescue.

As a people, we have been trapped and in desperate need of heroes to come and save us. For centuries and more, they never did. What we couldn’t do in 1939 and 1942 and 1945, we will do now in country after country, building after building. Not for the thank you that may never come, but for the knowledge that as others weren’t there for us, we will be there. Not trained by war, but perhaps trained by hatred. The very hatred my youngest daughter hasn’t yet learned not to try to understand.

Ultimately, in the heavens, is the cheering squad, the applause, the love and the gratitude. Six million souls are watching, tens of thousands who died in pogroms, inquisitions, crusades. They are our audience, their pride shines through the tears because they too had a hand in shaping who we are now.

And if we are blessed this time, in the rubble are those who are thinking it is time to say Shema and leave this earth. Maybe they’ll hear the Hebrew shouts and feel the earth and rubble part and maybe, please God, a young man will say, “Achi” – my brother, we’ve come to take you out. That is what they are there for, even now as the clock ticks and the hours mark time.

We’re coming for you. We’ll find you. Hang on, wait for us.

And in a week or so, these heroes of ours will do an extraordinary thing. Something all of those watching from above never had the chance to do. They’ll fly home to Israel, they’ll hug their wives and their mothers, their husbands and their fathers and they’ll go back to their normal lives. Teachers, doctors, computer programmers, technicians…until the next time someone needs them.

So from Israel, a special message to our rescue forces – stay safe, watch yourselves, and come home to Israel. The sun is shining, the land and people are waiting for you and we bless you for your courage. 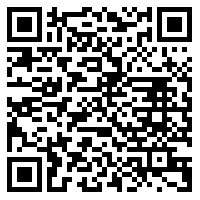