{Originally posted to the author’s blogsite, Jordana in Jerusalem}

I may have mentioned that I grew up in a super pro-Israel household. The Israeli flag flies outside our door. I toured the country top to bottom at 13 with my family. We ate falafel at shul every Yom Haatzmaut. And most importantly, my family attended every Salute To Israel Parade down Fifth  Avenue in New York City, every year of my life.

I was rolled through it as a baby in my stroller, flag flying behind me. I was a spectator most of my childhood, due to the chareidi nature of my elementary and high schools- Bais Yaakov of Queens may not have marched, but the Brown family most definitely attended! In 11th grade, I switched to a Zionist high school and was able to march for the first time. All my new friends yawned and complained about having to march again, but I was unbelievably excited. I even marched proudly again in 12th grade, when a large segment of my senior peers opted out. And in the college and post-college years that followed, Parade Day was one I always looked forward to, painting my nails blue and white and planning my outfits and coordinating meet up spots with my friends, some of whom I would only see on that one magical day of the year.


I think I’ve also mentioned that it was never my lifelong goal to make Aliyah. For much of my young adulthood, my goals were: getting a well-paying job, finding a fellow pro-Israel Jew to marry, settling down in some orthodox Jewish enclave and raising pro-Israel children, who would then hopefully repeat the cycle. Nothing on that list isn’t exactly what 99% of my friends were hoping to accomplish as well. But about 6 years ago, when I began to become interested in Israel as a place to live, rather than a place to visit, the Parade changed for me, too.

Deciding to move to Israel is a seismic, fundamental shift in character. It is a change in every way you can imagine, and my own move shocked everyone who wasn’t intimately involved in my Zionist activism in the few years that preceded it. If you didn’t see me during the years I took those 12 Birthright  groups to Israel, you would think I was the same Jordana who sang “Hatikva” at my Young Israel’s 5k run-walk for Israel”.

But once I decided that Israel was the place I had to live, because I am a pro-Israel Jew, I began to feel something odd at the parade. This isn’t going  to be a blog where I berate everyone for not making Aliyah- I’m sure that will come someday, but not today. This is just my view as Jordana in Jerusalem, and maybe a bit of food for thought as well.

But it is not the goal, or at least it shouldn’t be. Even if you think Aliyah isn’t for you- it’s so hard (it is), you’ll be poor (you will), it’s too far (sooo far), you don’t speak Hebrew (lo norah), the people are mean (yeah, but they’re also so nice!) and every other excuse I’ve heard a million times, it should be an ideal. Something you wish you could do, you hope to do someday. I promise you, ten years ago, Aliyah was not in my plans. But it was always an ideal, something I wished I could do. And ten years later I did!

Just think about it, and have an amazing time celebrating our country at today’s parade! 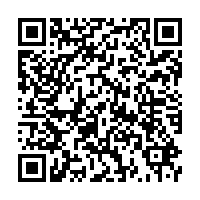