Generally, I’d wait til the next chag (Yom Kippur) to post something, as not to inundate you with the minutiae of my life, but I gotta tell ya, this past Rosh Hashana was chock full of tears, laughs and chavayot (experiences). If I had to sum in up in one phrase: I walked, I prayed, I ate. But since this is my blog, allow me to expound. This year, the 2 days of Rosh Hashana fed into shabbat, leaving observant Jews with essentially a “3-day chag.” This means that we kept the general laws of shabbat (no electricity, no transportation) for 3 full days. This also meant that I had to find 6 kind souls to feed me six festive meals over the next 3 days and walk to each location, as buses weren’t an option. I spent the weeks before the holiday asking (read: begging) for my supper, and made a schedule of all my meals. I knew the addresses, times to be there and what I was bringing for each meal. I was a lean, mean meal-mooching machine.

My first cousins (henceforth referred to as “the boys”) have an apartment in the center of town. The importance of this apartment and the hospitality of the boys can not be stressed enough. There are 2 bedrooms, a living area (separated into dining/kitchen/living room) and a bathroom. My 3 cousins live in the bedrooms, leaving me a very comfortable couch to sleep on. Let’s keep that in mind as we proceed. The first night, I ate a quiet meal with the boys. Nice and uneventful, we retired to the couches to eat candy (what else do young cousins do when no grown ups are around?) and I realized we were sitting on my bed. I also realized that while the lights were creating a lovely ambiance in the room, there were three lights on in the main room alone. And they would stay on through Saturday night! Which meant that I would be sleeping in a virtual state of midday light for 3 straight nights! No problem, I thought, I’m so tired I’ll conk right out. Not so! Between my eyeball suffocation from the eye mask my cousin lent me to the non-existence of any breeze in a usually very breezy autumn Jerusalem, sleep was not my companion on night #1.

I woke up a bit tired, but mentally preparing myself for the long News Year’s prayer service. Since I live in ulpan and don’t have much family here, I attended services at the only synagogue I really knew of nearby. I worried that since I hadn’t bought a seat, I’d be standing for a very, very long time. Not to worry! There were rows set up with no designated names on them so I chose a seat between 2 ladies who you could identify as Israeli even if you had never met an Israeli in your life. They oozed blue and white, if you will. Lots of bright nail polish, a hair coloring which was essentially a dark black with vibrant purple highlights and jewelry to match their hats and sandals. You know the type. One shot me a look whenever I shifted in my seat and the other offered me a hard candy during shofar, so it pretty much evened out.

Now to the services. You know those people who adore cantorial music? Can’t get enough of an older man, resplendent in his white turban, belting out every word of every prayer? I am NOT one of those people. It’s definitely a flaw, but give me a cantor who zips through the prayers at a respectable pace and I am a happy camper! This cantor may have been the best cantor in the whole world, but I was having none of it. I felt annoyed that what I thought was Rosh Hashana prayer services turned out to be a 5 hour cantorial concert. I will say, however, that Mrs. Hard Candy next to me was loving it. By contrast, the shofar blower was magnificent. Like, if that man has another job besides shofar blowing, he needs to quit, because he truly has a gift. Never have I heard such loud and sustained tekiot- his tekiah gedolah literally clocked in at 25 seconds! It’s like Branford Marsalis decided to convert to Judasim, move to Jerusalem, and grace us with his skills. Magical. 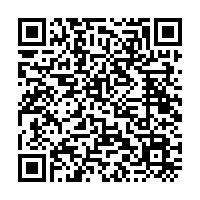