About a week ago I was blessed to enjoy a delicious and luxurious Shabbat lunch at the elegant David Citadel Hotel in Jerusalem. It was definitely a treat I don’t often experience, and even more appreciated now that I am Israeli and watching my shekels quite closely. A wonderful family from Brooklyn hosted me and several others for the meal and I took full advantage of being in the company of only New Yorkers for a few hours- it’s been a while and whatever frustrations I had with my fellow New Yorkers way back in June when I left had melted into a nostalgia for loud, accented New York English. At the meal, I met a new friend, also from Brooklyn, Orthodox but cool- you know the type. Anyway, she was absolutely blown away that I was brave enough (read: crazy enough) to move to Israel. Once she understood that I did in fact have a loving and close relationship with the family I left (read: abandoned), she went on to being completely confounded by the fact that I lived in “a Third World country” such as Israel. Mind you, this is an Orthodox woman who cherishes Israel as an ancestral homeland for the nation of Israel. But she, like many others, I’d gather, now see Israel as a backwater country with crazy people, wars and the five- star hotels that border the Western Wall . And I have to wonder why. Why did I spend over an hour defending the Jewish homeland to Jews? Were they anti Israel? Nope- I believe the Zionist education is severely lacking in certain areas of Orthodox society, and so I am here to explain to well-meaning, yet possibly uninformed Jews of all stripes why a seemingly normal person like myself chooses to live in Israel. Consider this my (probably first in a series) Zionist Rant Post.

Most of why I’m here stems from my Zionist ideology. I don’t have family here, go to school or yeshiva here or have a job that’s based here. I am here totally because I believe that it is the ultimate place for a Jew to live. Note I didn’t delineate what “type” of Jew. I believe it is the best place for all Jews, regardless of background, religious affiliation or age bracket. I believe that it is an absolute miracle and blessing to have a Jewish Homeland after 3,000 years of exile, and I in turn am blessed to live at a time where living here freely is possible. Tell “shtetl Jordana”, or “Middle Ages British Jordana” or “Persian Empire Jordana” that there will one day be a Jewish Homeland in Israel in which to live? “Unbelievable!”, she’d exclaim. And yet here I am, living in a Jewish state with a Jewish army and buses that wish me a chag sameach and a kosher food court in the mall and a Prime Minister who starts speeches invoking the name of G-d! It is a land that bursts with life and love and family and joy. Spontaneous dancing in the streets, invitations to your cab driver’s daughter’s wedding, festivals year-round. It’s such an incredible miracle to have this country, it’s crazy to me that every Jew isn’t clamoring to live here!
But I digress. To address the “backwater” and “Third World” claims; I am simply baffled. Certainly there are differences in quality of life between the US and Israel (we use more public transportation, less water and have a different infrastructure) but there is almost nothing you can’t get in this country! From electronics to American food products, clothing to cars- you may pay a premium but this country has it all. We are also foremost in the fields of hi-tech, medicine, agriculture, international law, technological innovation, and the list goes on. I don’t know that many backwater, Third- World countries that produce the kind of phenomenal, life-changing advancements that Israel does. But don’t take my word for it- google “Israeli Innovation” and prepare to have your mind blown. Life is definitely harder here from a material-comfort level, and you won’t have as fancy a house or car (generally) but I am proud to have become the type of person who would trade quantity in life for quality of life. Do I miss my Altima and Target and J. Crew? Of course I do! I dream about the dollar aisle at Target on a bi-weekly basis! But quality of Jewish life I’m living here, that’s priceless.
Let’s get to the root of the issue with many Orthodox American Jews. I will be as delicate as I can here, but this is where my rant may get a little rant-y. There is a permeating perspective that “I appreciate Eretz Yisroel (the Land of Israel) but not Medinat Yisroel (The State of Israel.)” This stems from a belief from some here in Israel and abroad that the state is a creation of a secular body, which has produced a secular state, veering away from the values of an observant Jews. I hear that argument. I think it’s wrong. Allow me to explain. This country has a lot of problems, a major one of which is the distrust/disconnect between secular and observant Jews. While that is a whole blog post in and of itself, I will say this- I am an observant Jew and a die-hard Zionist and I don’t feel one bit of conflict (most of the time). I can appreciate the beauty of a life filled with only Torah and religious observance and I can also understand a Jew without religious observance living in his traditional Jewish homeland. I also know that as important as Torah learning is, I don’t quite see how the Torah- community could function without secular and non- Hareidi Israeli society. Who would drive their buses? Who would provide them with electricity, water, money for education, road infrastructure, garbage disposal, and the list goes on? It is easy to say “We don’t support the State” but I still have difficulty understanding why. All types of Jews have representation in the government, offices are closed on shabbat, kosher food is served at every official event, religious holidays are national holidays! Are we really going to disapprove of the State of Israel because those who helped create it didn’t keep shabbat? Call me crazy, but I think as an observant Jew, educated in the laws of hakarat hatov (gratitude) we should all be extremely grateful for what this state has given us. Our prime minister may not wear a kippa or black hat, but he represents all Jews of Israel, both here and abroad, and makes sure the world knows that Israel is the Jewish Homeland.
I will end my rant now- I apologize if it got heated back there for a second, I just really love this place and I want everyone else to love it too. Not because we have to as Jews but because we want to as Jews! Not because we can come here and buy inexpensive challah covers and yummy kosher pizza in town; but because this is our home, not mine but ours, and we should all have sincere love and pride in our home. I look forward to the day when all my brothers and sisters from New York come to visit and exclaim “You live in Israel! You are so lucky!” And I in turn will smile and say, “You bet I am, come join me!” 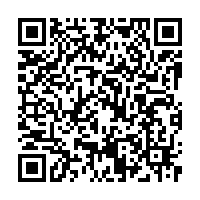