Don’t bother me with the facts, my mind is made up, has been attributed to various writers, but we don’t have to worry about where the statement originated, we are living it in Israel today.

Israel is the land of miracles. It is also the land where miracles are so common that Jews think they are a dime a dozen and routinely throw them away.

The most famous example in recent history was the 1967 war. The country was preparing for another holocaust, turning parks into potential graveyards, and G-d not only saved us, but tripled the size of the country. In one of the most impressive miracles,  he gave us back the Temple Mount, presumably so we could build the Third Temple, and Moshe Dyan turned it back to the Arabs to avoid upsetting them. After all, they just tried to massacre us, why should we upset them.

In the greatest turmoil of our lives, greater than wars, earthquakes, or the 911 tragedy, a virus has turned the world upside down, and not necessarily in the importance of order, closed our synagogues, put our businesses and economy on life support, and stopped grandparents from seeing their grandchildren and people shaking hands and having each other over for Shabbat.

To add insult to injury, it became clear in many parts of the world, even our precious America, that we had no civil rights, the government could decide health triumphs all and you must stay and cower in your home from the deadly virus, least our hospitals should be overrun.

What did we do to combat all of the above? Mostly, everybody sat around and prayed for the day a vaccine would come so we could get back to our lives. Well, G-d made a miracle, we got the vaccine, and in a miracle that makes the splitting of the red sea look small, the FDA approved n emergency use of the vaccines without waiting for 10 years to see if they were effective. So what is the Jewish people’s reaction? In Israel, a million people got vaccinated in two weeks. What about the other 9 million? They spend their time on the internet looking for any Tom, Dick, or Harry that will tell them to be fearful and wait until more time has passed because the vaccine was approved too fast! If a commentator is a Doctor or went to Medical school or is a Rabbi and he says to wait, now we can justify our fears and not take the vaccine!

The very miracle that G-d made to get us the vaccine without having to wait 10 years is used to justify not taking it, because obviously, G-d can’t make miracles. The second attack on the Vaccine is that it is a new unproven technology that will change your DNA OR RNA makeup by taking the vaccine. What is new about the vaccine is that in previous vaccines, you were given a small amount of the actual disease and then your body built up immunities to it. This new technology DOES NOT GIVE YOU THE ACTUAL DISEASE. It mimics the disease without you actually getting it, so that you can build up the immunity yet not get the disease.

Yet, every anti-vaxor searches for news stories showing that a few people still got the disease so the vaccine must have given it to them, which is of course impossible. They had the disease and would test positive whether they got the vaccine or not.

One of my favorite jokes is the man asking the hand Doctor, “Doc, Doc, after my hand surgery will I be able to play the piano?” Of course, the Doctor assures him. “That’s great”, he says, “I never could before!”

Elderly people die whether they get the vaccine or not. So a few have died after getting the vaccine and it has been shown that it has nothing to do with the vaccine, but my MIND IS MADE UP, DON’T CONFUSE ME WITH THE FACTS.

Yes, there may be some side effects. But death from the virus is a pretty serious side effect for elderly people (and a few young ones as well), and that is why we prayed for the vaccine from Hashem.

And think about the other when you confuse them and say you aren’t getting this vaccine. You may be directly responsible for that person dying from the virus. Think about your words as they could kill. 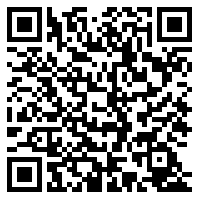