In this age of lockdowns (or Knockdown), it is interesting to look at the first lockdown of the Bible. It occurs in Parsha Noach, Chapter 7 verse 16. The English translates the word ויסגר as the Lord shut him in.

In Israel, the lockdown is called a סגר, a shutdown from the root of סגר which means to close. And we have been closed down twice. And Knocked-down.

In the Oral Torah, we learn many stories that fill in the Written Torah with more details. This is one reason it takes many years to understand the Bible, there is much more to do it than just the written word.

There is a midrash (an Oral Torah story that fills in the details called Bereshis Rabbah 30:8) that states the word היה (was) is used to describe five individuals in the Bible or Tanakh (all 26 books). These five individuals overcame Lockdowns or dramatic changes in their lives as we are facing now.

The first is Noah, who saw a world destroyed by his lockdown and then saw it rebuilt. The second was Joseph, who was enslaved and was in the lowest possible place, prison, and rose to become King of Egypt. The Third is Moses, who also had to flee with his life in danger and later watched the entire Egyptian army drown in the Red Sea (I don’t think the Egyptians have forgiven the Jews yet). The fourth is Job (Iyov) who suffered terrible losses with his family and life and was eventually blessed with being able to rebuild it. Finally, Mordechai of the Book of Esther was nearly hanged by Haman and ultimately witnessed Haman being hanged on the very tree that was prepared for him.

There is a deeper meaning in the use of the word “hayah” (was) with each of these individuals and the way they were able to handle dealing with a new world after their own individual lockdowns.

There are two types of stories to inspire in the Bible. Some people are able to overcome a seemingly hopeless situation, while others become obsessed with their troubles, romanticize over how wonderful the past was and it becomes impossible for them to move on. The midrash is teaching that these five individuals let the past “hayah” stay in the past and were able to experience a “new world” and let the past stay in the past.

The Torah itself gives an example of a one that can not let go of the past.

In his revolt against the authority of Moshe and Aharon, Korach was supported by Datan and Aviram and by ON Ben Pelet. This opening verse of Parshat Korach is the only place where ON Ben Pelet is mentioned. His name does not occur at all in the more detailed narrative that follows.

Noting the absence of the name from the subsequent account, the Talmud (Sanhedrin 109b) states that ON Ben Pelet was saved from the consequences of his foolish rebellion by the wisdom and sound common sense of his wife.

Mrs. Ben Pelet pointed out to her husband that he had nothing to gain from the rebellion against Moshe, because no matter who the leader would be, Moshe or Korach, ON would remain simply a follower. He took her advice, withdrew from the rebellion, and his life was saved.

The Midrash (oral Torah) finds allusions in ON Ben Pelet’s name to his initial involvement in Korach’s mutiny. He is called ON from the word, “Aninut”, which means mourning, or “Onein”, a mourner, because he did not cease from mourning for having sided with Korach. He is named Ben Pelet from the word “Pele”, a wonder, because it was a wonder that he listened to his wife and survived the Korach disaster.

The Midrash understands the words of Mishlei 14:1, “The wise among the women builds her house”, to refer to ON’s wife whose wisdom saved her husband and her household from destruction. The continuation of the verse, “but the foolish woman overthrows it with her own hands”, refers to Korach’s wife, who in encouraging her husband to rebel against Moshe, caused her own death and that of her husband.

Getting back to ON, who spent the rest of his life in Aninut – mourning for his folly, is this the proper way to Teshuva? Interestingly, Korach’s sons also did Teshuva. So why were they not also called ON for their act of mourning for their sin of initially supporting their father’s rebellion?

The answer is that while both ON and Korach’s sons showed remorse, Korach’s sons acted upon their remorse. They resolved to change for the better. They did not remain in mourning, in “Aninut”, feeling sorry for themselves, regretting the past but refusing to contemplate the future. The sons of Korach composed some of the most beautiful and inspiring chapters of Tehillim as a Tikun (a positive correction), for their sin.

What a profound idea! How many of us regret our sins and errors, show remorse over our past mistakes, even become depressed for a while over our misdeeds, but do not progress from this point. We continue to berate ourselves over our negative behavior but can’t get past it. That is all we do. For some, this mourning and depression become an end in itself rather than being part of the process of spiritual growth. Remorse and guilt are an essential prerequisite for Teshuva, but they do not comprise the only contributing factor.

One must proceed to triumph over remorse, to overcome the symptoms of depression, and to accept the challenge of spiritual growth, advancement, and progress. Korach’s sons succeeded in this challenge by growing spiritually and composing some of the most beautiful Tehillim, which have inspired, rejuvenated, and given courage and spiritual strength to countless generations of Jews and gentiles. The Five heroes of the bible we discussed above did the same and left the past in the past and moved on.

On the other hand, On was too preoccupied with his shameful past to confront the future and change himself for the better. As the Rambam states, the Baal Teshuva has to become a new person and cease to wallow in past transgressions.

Therefore, the Torah tells us that as Lot was being saved from the destruction of Sodom (B’reishit 19:17) “And he [the angel] said, “To save your soul, don’t keep looking back’ “. Thus, the message for us is to not keep looking over our shoulder at past misdeeds but to focus on improving ourselves in the future.

We are all currently experiencing very challenging times. Even those that haven’t lost a loved one or their job, have had their daily routines dramatically changed with the lockdowns (knockdowns). No matter how difficult and challenging the current environment, we can not allow ourselves to dwell on the past and what was. We have to focus on the future and what we do have and rebuild. 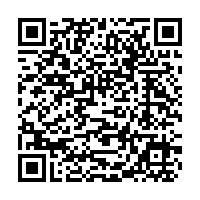