In East European Jewish folklore, the city of Chelm (Pol., Chełm; Yid., Khelem) functions as an imaginary city of fools, similar to that of the Greek Abdera, the English Gotham, and the German Schilda, among numerous others.

The legendary “town of fools,” often presented ironically as “The Wise Men of . . . ,” is a feature common to most European folklore. Chelm, as was the case with its counterparts in other cultures, spawned hundreds of tales describing outlandish naiveté and stupidity that have been printed in dozens of editions in a variety of languages. Many of these are titled The Wise Men of Chelm.

Chelm, located approximately 65 kilometers southeast of Lublin, had a Jewish population from at least the fourteenth century and was a real town whose residents bore no connection to the stories. If anything, the town was known for its Torah scholarship.

The Mayoral Solution In Chelm

A large sinkhole opens up in a remote town. An alarming number of people fall into it and injure themselves and it’s difficult to get them all to the small hospital they have.

The mayor gathers the city council to figure out a solution. The smartest city councilor suggests they park an ambulance next to the hole to get people to the hospital faster. The rest unanimously agree.

However, they only have 2 ambulances and they’re needed more in the center of the town to get there quickly.

So the mayor gathers the council a second time. The second smartest councilor suggests they close the road between the hole and the hospital so the ambulance can ferry people faster. Everyone nods in deep wisdom. Alas, after a few days it’s obvious! not really doing much and it just creates more accidents with too many cars on the smaller roads.

Finally, they gather for a third time to take drastic measures. The third smartest councilor says they need to tear down the hospital and rebuild it next to the hole.

Finally, the mayor can’t take it anymore. He slams his fist on the table and yells: “You idiots! Do you know how much moving the hospital will cost?! There’s an obvious and easy solution to this problem! We fill in the hole and then we dig a new one next to the hospital!

My family connection to Dr. Martin Luther King, Jr, who became a Dr, because of help from my great Uncle.

When Dr. Martin Luther King, Jr., (MLK), was studying for his doctoral degree, in the early 1950s, he faced a major stumbling block. In order to earn his Doctorate of Philosophy in Systematic Theology, the degree-granting institution, Boston University, (BU), required that King have a reading knowledge of a language other than American English. BU academic records show that King chose to study the German syntax.

Why did MLK, an African-American, born and raised in Atlanta, select German as his language of choice for his studies at Boston University? Perhaps because King had traveled to Germany as a youth with his father, in 1934, and, 30 years later, returned to Berlin in 1964. His knowledge of German was useful to Dr. King during his entire career, according to Stanford University’s MLK Research and Education Institute, founded in 2005.

Little was known about the German tutor, however, until Dr. Milo Thornberry published his memoir, Fireproof Moth: A Missionary in Taiwan’s White Terror, in early 2011 (Available at Amazon).

Thornberry, then 73, (deceased March 8, 2017) claimed that he had worked with the same tutor, as MLK had, when he, Thornberry, was studying for his doctoral degree, ten years later, in 1965, also at Boston University. While Thornberry could not recall the tutor’s name, he was sure that the tutor was a Holocaust survivor who lived in the Back Bay section of Boston

Dan Bloom took up the question, in March 2011, when he, Bloom, published a review of Thornberry’s tome, in the San Diego Jewish World website. Bloom, who has contributed more than 125 articles to this publication, titled this article with a quixotic headline: Was a Jewish Holocaust survivor Martin Luther King’s tutor at Boston University? And that burning question remained unanswered until the latest celebration of MLK Day, 2020.

Dr. Herman Klugman is my great uncle. My sister was researching our family background and came across Dan Bloom’s article.

Herman Klugman, Ph.D., was a retired MIT physics professor who lived in Brookline, a Boston suburb, at the time that MLK was pursuing his doctoral thesis at Boston University. Born in Germany, Klugman had escaped Nazi persecution and had relocated his family to Boston. Being a native speaker, Dr. Klugman devoted both his time and his interest to help King meet the requirements of his academic program. Martin Luther King, Jr., became Dr. King in 1955, thanks to the help from a Holocaust Survivor. 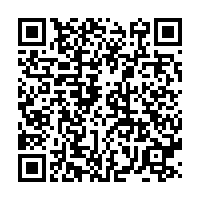