Is the glass half empty or half full? I am an Israeli now. I don’t follow the American headlines or problems with the same focus, even though I am still an American and have voted for Trump in the upcoming election on November 3. I follow the local stories here in Israel and the headline in the Jerusalem Post today on 10/29/20 on page 4 reads nearly 20% more died in September 2020 than 2019. As a start in the fear-mongering, the number is 18.6% which is nearly 19%, not 20%.

So you should do the proper figures comparing apples and apples when you compare the accurate populations. This is just common sense. If you ask how many people died in September 2000 when the population was a million people less, you would have 5.4 times 1000 (a million is 1000 thousand) or 5,400 divided by 12 which equals 450 fewer deaths. Would we have a scaremongering headline that read 540 more people died in September 2020 than 2010? In addition, there is some variance each year, and some Septembers more people died. Is 572 more deaths really a significant variance?

The article also states “So far, according to the latest numbers provided by the ministry, 2,483 people have died of COVID-19”. There is a lot of mixing of numbers, possibly on purpose to confuse people in the article. This is the entire number of covid deaths the whole year not in September.

From the article “In October alone, between the first report disseminated by the ministry on October 1 and the morning report on October 28, 912 people had died of coronavirus – around 33 people per day. So at 33 people a day for 30 days in September, you have 990 people for the increase in deaths. The increase in deaths is 4036 less 3464 or 572. So you must have a decrease of other deaths of 990 minus 572 or a decrease in death from other causes of 418 people. Why doesn’t the headline scream “DECREASE IN DEATHS OF OTHER CAUSES!”

Finally, the article states “The ministry reported that 312,024 people have been diagnosed with the virus, meaning that 0.8% of those diagnosed have succumbed to the disease” Again a suspicious number. Just because 312,024 people have been diagnosed doesn’t mean that there are a lot more people that have not been diagnosed so this percentage of 0.8% is obviously high, even though the way it is presented it looks like it is more, but it is still less than 1%. In addition, there is no reference to how many of that 0.8% were elderly which raises this 0.8% a great deal. We know that the COVID is a real disease, but please don’t fear monger to make the matters worse.

There appears to be an agenda by the mainstream media to put people into fear. What they are trying to accomplish is left to speculation. 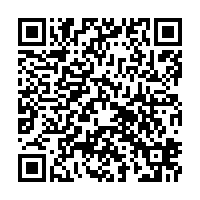