A few months I finally realized/accepted/admitted that my weight had gone up a bit for the first time since I had lost about 30+ lbs or 15 kilo five years ago.

Not only had the scale been telling me so, but I also remembered that in the summer I hadn’t been able to wear some of the skirts I had worn the previous summers.  At the time, I had blamed it on the fact that I hadn’t been to the pool much. Because of my mother’s death and my being restricted/forbidden “pleasure” swimming during the shloshim 30 day period after the funeral, it just didn’t pay for us to shell out our limited financial resources on a three month pool season.  I’m the main one to take advantage of the membership, and I wouldn’t be.  My body sure paid the price for that money-savings.

Not only was the scale complaining, but I began to suffer more aches and pains.  Of course I made up lots of excuses for them. Easy since I work in a store which is physically challenging.

I did not like those numbers the scale kept showing me, and I certainly didn’t want to get used to the size I was becoming.  So, I tried to cut down, just a bit.  Since I had been eating a lot of fruit, including a fruit snack of a couple of small (yes, really small, since they were cheap) oranges soon after breakfast, I tried postponing that snack.  Amazingly, I discovered that if I didn’t eat the oranges when I first began feeling the craving and did something else, the craving would just go away.  Then I’d discover that it was almost lunchtime, and I’d wait a bit while preparing lunch.  That resulted in not eating the two oranges.  On workdays, I’d have a small clementina sometimes before lunch if I was hungry.  Or sometimes I’d just have lunch a bit early, and then I’d have a fruit snack before supper.

The result was that I found myself eating two or three fruits a day instead of my previous six or so.  In addition, during my visit to the states, I didn’t have too many opportunities to eat, so my weight began to drop and get to the maintenance weight I had been enjoying for the past four years.

An unexpected bonus has been that my aches and pains have been reduced, bli eyin haraa. I still have to work on the fitness, muscle tone to make my body look better.  But that first step, of losing just five pounds, has made a great difference.

Nu, maybe I can drop a few more and keep them off, God willing…. 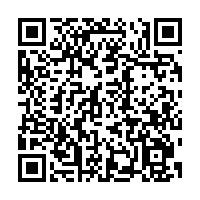