Violence is raging in the Negev over the planting of trees. But it is not really about trees, and it is not only about the Negev.

In solidarity with the Negev Bedouin, students at Tel Aviv University held a demonstration on Thursday at the main campus entrance. They were waving PLO flags and calling out for intifada in support of the Bedouin protesting simultaneously in the Negev.


The violence in the Negev is over tree-planting. The Jewish National Fund, which has been planting trees around the country for more than 100 years, began reforesting an area claimed by the al-Atrash tribe.

According to Ynet news, more than 2000 people blocked the road near the entrance to Beersheva on Thursday, throwing rocks at cars and at the police. A journalist’s car was set alight, and the railroad was blocked with rocks. Only the alertness of the train conductor prevented a serious accident.

The demonstrators at Tel Aviv University chanted (translated into Hebrew by Im Tirzu and into English by me):

“Negev, Negev, wake up, show your glory and leadership, be the sword and learn the lessons of the intifada.
Listen, you rapist, listen! We are a people who will never give in, not to the tank and not to the bullet.
We will never renounce the right of return.
People, join us, the martyr sacrificed his blood.
Light the world on fire.”

In their statement, Matan Peleg, chairman of Im Tirzu, and Maor Tzemach, chairman of Lach Yerushalayim, declare that the demonstration at Tel Aviv University proves that the conflict over planting trees in the Negev is not an issue of private land but a national issue. By its lack of resolve, the State of Israel shows that violence makes the government fold. This does not concern only the Negev, they say, but all of Israel, and they warn that the next intifada is around the corner.

It is not surprising that trees comprise a central theme in the battle for the land. Residents of Avigayil, a community in the South Hebron Hills, planted olive trees around the perimeter of their settlement. They purposely planted the trees on state land, never claiming the land for themselves, but protecting it from being taken over by Arabs who are engaged in illegal construction and cultivation for the purpose of choking the Jewish settlements and establishing continuity of Arab outposts. All this is in accordance with the Fayyad Plan that has gone on steadily and quietly under the radar until recently.

The importance of trees has been highlighted by the Negev uprising, the uprooting of Avigayil’s trees by Arabs from a nearby illegal outpost, and a new story in which Efrat residents “woke up to a new olive grove alongside their town.”

If the past is any indication, the Israeli government will not do anything about these trees, and another section of state land is sacrificed to the Arabs. Out of fear of Arab violence, we get more violence, more squatting on state land, more violence, etc.

The previous governments did nothing about this and to declare that it is happening now because of the current coalition is not really true.

The right-wing members of the current coalition, which is unstable and liable to fall at any moment, find it hard to act against this phenomenon.

It’s like a game of chicken. The Ra’am Party flexes its muscles, threatens to act against the government (and does act against the government), but does it really want to bring this coalition down—the first one in which an Arab political party has had membership? The first one in which there is some actual movement towards improving conditions in the Arab towns and villages in the country?

On the other hand, can Israeli Prime Minister Naftali Bennett and others in his ideological camp flex their muscles and put down violence that threatens to spiral out of control without giving in to demands to stop the planting, among other things? Can he stand on the edge of the cliff and trust that Ra’am Party head Mansour Abbas wants this government to fall as “much” as he does?

And, of course, there is the opposition—composed of parties that agree ideologically with Bennett but cannot stomach the current coalition (and that refused to cooperate with Bennett and others before there was no other choice but to form this broad coalition with the left and with Ra’am or go to a fifth election). In this precarious moment, will they continue to do whatever they can to embarrass Bennett and bring the government down, or will they put the needs of the Jewish state before political considerations and cooperate with the government to bring order to the chaos? And if we are forced into early elections yet again, will we be back to the same degree of paralysis there was before Bennett and Lapid got a government up and running?

Who will blink first? 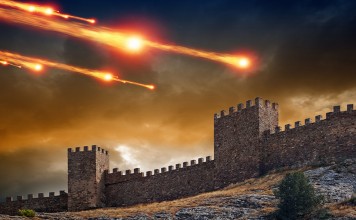 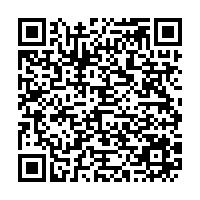