The local council has a plan to restore a synagogue in the southern Iraqi city of Basra, but is hampered by not knowing to whom it belongs. Meanwhile, neighbouring shopkeepers warn that the building is on the verge of collapse. Report (translated with the help of Google) on Alsumaria TV News (with thanks: Jonah, via Elder of Ziyon):     According to retailers working in the shops in the vicinity of the Jewish  synagogue in Basra on Saturday,  the building, which for years has been a warehouse, is on the verge of collapse. Meanwhile the provincial council has unveiled a proposal for the synagogue’s restoration.

A shopkeeper in the Ali Mohammed market told Alsumaria News, “the Jewish synagogue is on the verge of collapse. There is a wide gap in the roof. The cracks in the walls are obvious and if the building is not restored it is likely that it will collapse.”

Another vendor named Abbas Radhi told Alsumaria News: “Some shops adjacent to the synagogue belong to the Jews. Rent is paid annually by residents to a lawyer acting for the shop owners,” adding that “the collapse of the synagogue will lead to damage nearby and the possible collapse of adjoining buildings.”

Chairman Bijari of the Development and Reconstruction Committee of the provincial council told Alsumaria News: “The project to restore the synagogue and keep it as a heritage site will hopefully be implemented in the next year, with funding from the provincial budget.” He added: “The project faces an obstacle: we do not know who owns the synagogue. This has been confirmed to us by the Inspectorate of Antiquities and Heritage. ”

Earlier Bijari, as chairman of the Council’s Committee of Tourism and Antiquities, had stated that “the synagogue renovation project proposed within the project plan in 2014 may not be implemented in the event unless it is adopted by the end of this year.” He argued that “heritage buildings mission in the province, including the Jewish synagogue, should be preserved before it is too late. ”

The marketplace synagogue was built in 1915 with contributions from the elders of the Jewish community for religious purposes. It consists of seven rooms and the ark, surrounded by shops belonging to Jews. Hebrew phrases engraved on the walls are the only indicator of the place’s identity. It was a sub-headquarters of the Baath Party during the 90s. After the fall of the former regime in 2003, it was stormed by persons unidentified who looted its contents, then turned the synagogue into goods warehouse.

Perhaps the synagogue site is the best proof of the peaceful coexistence that prevailed in Basra. It is located about 30 meters from the mosque, used primarily by Shiite Muslims. (..)The harmony did not last long: the Jews in the province to were subject to assaults and harassment when Israel was created in 1948, leading to displacement and looting of their property. These coincided with the government decision to prevent the Jews from leaving Iraq. It then allowed  immigration, provided the Jews abandoned Iraqi nationality and property. Within  two years most Iraqi Jews were transferred to Israel in Operation Ezra and Nehemia by the Jewish Agency. The Iraqi government decided to again prevent Jews from travelling in 1952. (…) The last of the Basra Jews left only in 2003:  an elderly woman who lived alone in an apartment adjacent to the synagogue.

The (Basra) man who escaped the Baghdad gallows 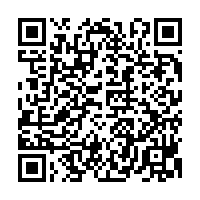