I think it has been a major tactical mistake for Israel to consider Iran a particularly Israeli problem. And it is of crucial importance for Israel and Israelis to stop thinking that we have any influence on international leaders when it comes to anything, including international policy re: Iran. That’s why I think that Yair Lapid sounds like a total idiot (OK, he always sounds like an idiot) when he blames our Prime Minister Binyamin Netanyahu for the fact that Obama and his international lackys came up with a very bad “deal” with Iran.

Considering all the press Israel gets for no reason, we forget that we aren’t major players in international policy. The Americans Obama and Kerry had no problem getting the support of their cohorts for the “deal” that obviously won’t solve the problem of a nuclear Iran.

That deal doesn’t merely show that the US is unwilling to exact a price from states that illicitly develop nuclear weapons. The US and its allies just concluded a deal that requires them to facilitate Iran’s nuclear efforts.
Not only will the US and its allies remove the sanctions imposed on Iran over the past decade and so start the flow of some $150 billion to the ayatollahs’ treasury. They will help Iran develop advanced centrifuges.
They even committed themselves to protecting Iran’s nuclear facilities from attack and sabotage.
Under the deal, in five years, Iran will have unlimited access to the international conventional arms market. In eight years, Iran will be able to purchase and develop whatever missile systems it desires.
And in 10 years, most of the limitations on its nuclear program will be removed. (Caroline Glick)


We may annoy them at times, but they can too easily crush us if they want. Remember that although there is so much violence and cruelty all over the world, a truly disproportionate amount of time is spent in the United Nations condemning Israel for defending itself.

And what did Iran do to celebrate id and the “deal?”

“We have repeatedly said we don’t negotiate with the U.S. on regional or international affairs; not even on bilateral issues. There are some exceptions like the nuclear program that we negotiated with the Americans to serve our interests.”
U.S. policies in the region were “180 degrees” opposed to Iran’s, he said in a speech at a Tehran mosque punctuated by chants of “Death to America” and “Death to Israel”.

Iranian leadership sees the United States as its chief enemy, even with Barack Hussein Obama in the White House. Their focus is on the USA, not on Israel.

I highly suggest that we in Israel start taking care of ourselves and developing our country, building all over Judea and Samaria for Jews and stop waiting for the world to approve.  No matter what we do, the world won’t be in our favor. The only “pats on the back” will be to knock us down. 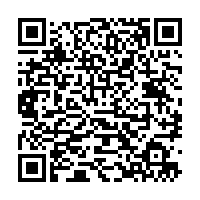