When I was kid, baseball was as American as mom and apple pie; soccer wasn’t. I went to a Chicago public school named after Daniel Boone, where we played elimination (“ilimo”) most recesses. I’ve read that since then elimination has been eliminated from public schools. In 3rd grade I transferred to a Jewish day school named after the ancient Jewish sage Hillel, where we played mostly soccer, which was then considered more a European game (as well as Israeli). I’ve heard that since then the game has caught on in America.

My father would take us to games at a not-too-far-away small-time stadium where teams consisting mostly of Europeans would play soccer. They weren’t the greatest players, but my father really enjoyed it. I enjoyed running around the less-than-half-filled stadium. Once, though, he took us downtown to Soldier’s Field, a real stadium, to see a Brazilian team play, to see Pele. I must admit that seeing that virtuoso Brazilian team showed me what soccer was meant to be, a sort of combination of marathon-running and ballet-dancing.

Years have gone by (and as we say in Israel much water has flowed through the actually quite small Jordan River) since the last time I bothered to watch a soccer game with any real interest. That’s why I wasn’t personally disappointed upon hearing this morning that the national Argentine soccer team cancelled its scheduled exhibition game against the Israeli national team that was to take place this Saturday night at the Jerusalem stadium. The cancellation was in surrender to threats of violence and boycott by the BDS and other so-called pro-“Palestinian” groups, organizations that actually seek the Jewish state’s destruction. Those threats of violence and boycott are the common currency of most immoral ideological movements, those with no positive points to make, seeking more to destroy than to build. I understand the Argentine players, including their star player Messi, who are afraid of being physically attacked, especially before the World Cup. I do not expect either extra intelligence or heroic moral courage from people whose expertise is to kick a ball around a large grassy field, and continue doing that even after growing up! Just as there are actors and performers who buckle under to anti-Israeli pressure, I don’t expect any more from a soccer team.

I do not look to athletes for spiritual guidance, just as actors are not necessarily a fount of political or moral wisdom. Of course most sports today are far better than the Roman “games” which were a spectacle of man’s cruelty to man in the guise of gladiators. Still, a team may kick a ball around with the elegance of ballet, performers may act or sing well – but all that is really just entertainment.

The Modern Hebrew word for entertainment is “bee-dure.” It’s actually an Aramaic word adopted in the modern world to describe entertainment. In the original it pertains to scattering things, like dust or chaff in the wind. Entertainment is when you wish to be “scatter-brained”: when you wish to escape concentrating on the real stuff of life, when you want to ignore what really matters in life. Of course a good book, play, movie and the like – all those can express ideas that are real and matter in real life. But if you ask me (and I know, you haven’t) the best book is the book of life. It’s something I learn anew every week as a guide in the Western Wall Tunnels: every person is like a book waiting to be read. Some are better, some are deeper, some are comic and some are tragic, but the immense library of humanity includes them all.

I know of a retired old man who didn’t want a television in his home, but instead would drag a chair from his home and sit in the Machane Yehuda market in Jerusalem. He’d sit there for hours with interest, just watching, listening and absorbing the atmosphere, the talk, and the sights of real people playing out their lives. I’m sure even Shakespeare would approve.

Regardless of whether in the end the Argentine national soccer team comes to Jerusalem and is blessed, or not – I wish them success, especially in learning what really matters. 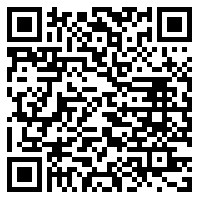