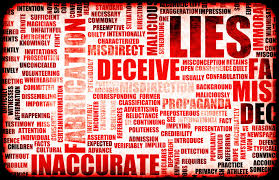 When Whoopi Goldberg, the intellectual genius and authority on all aspects of the world, said that the Holocaust was not about race, she proved that not only is she a comedian, but a joke too.

And yet, what she said is not simply a unique and bizarre position of someone ignorant of the most basics of history, she illustrated perfectly the philosophy of the “woke” brigades who profess a society of inclusivity and racial harmony, but in reality ferment a world of hatred, divisiveness and outright racism.


Jews historically have never been seen as “white,” as the radical leftists like to preach these days. Jews have always and still are seen as a distinct group made up of several factors, including ethnicity, race, and religion. Yet, even as antisemitism soars around the world, those on the left continue to ignore it, unless the antisemitism that has been carried out is by white supremacists.

For every act of racism perpetrated by black people or Muslims is simply ignored, downplayed, or excused and hardly a news story worth repeating, yet if there is an attack by a white supremacist then suddenly, we have bona fide Jew-hating hypocrites like Ilhan Omar, Rashida Tlaib and Linda Sarsour – standing “shoulder to shoulder” with our Jewish brothers and sisters against hatred.

All these Jew-hating groups like CAIR, Black Lives Matter, the Democratic Socialist movements, BDS, J-Street, Jewish Voice for Peace, Amnesty International – rely and count on the fact that people are genuinely ignorant of history. It’s not that they simply and falsely believe that Jews are suddenly “white” – they NEED them to be white so that they can continue their Jew-hatred undisturbed and undeterred with the support of much of the mainstream media – who continue to portray Israel as some kind of white colonialist entity in the middle of the “indigenous” Arab world.

Because attacks against people who are “white” are not really racist, you know…

Whoopi Goldberg, perpetuates this myth of “white” Jews by claiming that the Holocaust was simply a fight between two groups of white people so therefore it couldn’t be racist, just simply “man’s inhumanity to man,” as she claims.

It’s such a ludicrous statement that it’s like saying slavery in America wasn’t really racist, it was simply people not being nice to other people!

Unfortunately, many Jews today, especially on the left, continue to propagate this falsehood, by standing with Jew-hating groups in order to fight against racism and Zionism. They do this in the misbelief that by standing with so-called ‘progressive’ groups it will earn them points and street credit as part of the liberal left – who fight for freedom and humanity!

They see themselves as cultural Jews, detaching themselves from the nationhood of Jewish people, including Israel, Jewish self-determination, and Jewish history. It’s something that will eventually come back to haunt them, as these progressive groups do not see them as allies, but as useful idiots in their fight to tear down all of society’s pillars. And that includes the Jewish people too.

I don’t know if Whoopi Goldberg is antisemitic, but what she said certainly is – and it’s something that millions of her followers, who don’t know history, will grab onto and accept as truth.

For too long, non-Jews think they have a right to dictate our history, our story. Whoopi Goldberg is just another one on that long list. She is not a Jew, even though she once claimed she felt Jewish and she has absolutely no right to tell us what the Holocaust was about, whether we are white or not, and what constitutes antisemitism.

We Jews are a people with a long history and a long memory. Throughout the entire history of our existence, others have tried to dictate to us what we are, what we feel, what we think.

We must never allow those voices to go unanswered because the one thing on our side we have and will always have is the one thing they’ll never be able to destroy. 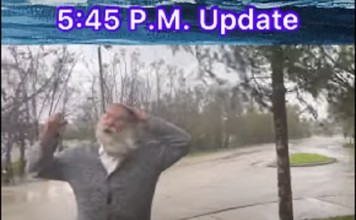