Adel Daoud, an 18 year-old from the leafy Chicago neighbourhood of Hillside was charged on Saturday with crimes arising from terrorism after months of surveillance by undercover federal agents.

Thinking that he had loaded a car bomb into the Jeep Cherokee that he was driving, he parked it outside a bar in downtown Chicago and walked away into an alley after doing everything he thought necessary for it to detonate. Safely distant, he then pressed the trigger mechanism in the presence of the agent, intending an explosion and deaths to follow. He was then arrested. Unknown to him, the bomb was inert and was designed not to explode. A preliminary hearing is set for Monday at a U.S. courthouse in Chicago.


The Chicago Tribune’s report says Daoud is a U.S. citizen. It’s alleged that he had been sharing information online about killing Americans in a terrorist attack since last October when he was presumably just 17. The affidavit accompanying the charge sheet [the legal papers are here] says Daoud believes the U.S. is at war with Islam and Muslims. That’s evidently why he wanted his attack to be recognized as terrorism and to be as deadly as possible:

Ordinary people living in this terrorist thug’s neighbourhood or in others anywhere else in the United States are, in our view, left to take one of two views:

Take your pick. For our part, there’s no doubt. America has been lucky, and we need to pray the luck stays good. And to ignore the role that Islamist religious indoctrination is having on parts of American society is simply insane. 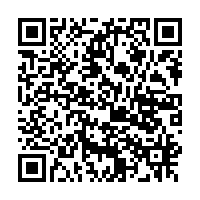