A Jewish supermarket in a racially mixed suburb in north Paris was bombed on Wednesday and four people were injured, Police said.

The Sipa news agency reported that a small explosion was set off by two black-hooded persons who entered the Sarcelles’ branch of the Naouri kosher supermarket chain around midday and put a package inside, citing an unnamed police official and a Jewish organization.


The two fled after throwing a rock through the shop’s window just before the explosion, police said.

“There was an attack inside a kosher supermarket in Sarcelles at lunchtime by two persons dressed in black who lobbed a device,” said Richard Prasquier, head of France’s main Jewish council CRIF.

According to AFP, so far there has been no confirmation that the attack was connected to the anti-Muslim film “Innocence of Muslims” which has been driving mobs of Muslim rioters against Western targets in Arab countries.

On Wednesday, a satirical French weekly published naked cartoons of the Prophet Muhammad.

According to Moshe Cohen-Sabban, a local Jewish community leader, it was “a Molotov cocktail was thrown at the shop.”

“Many people were going there to stock up for Yom Kippur which falls next Wednesday,” he said, referring, of course, to the meal before the day of fasting.

Cohen-Sabban said there was no exceptional religious tension in Sarcelles, which is a working-class area with a population of about 60 000 including many Muslims and Jews. 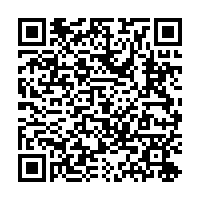