Today, we are visiting a fascinating biblical site with well-preserved ruins from various time periods. Biblical Tadmor (aka Tamar) is an incredible site, in a region which seldom sees visitors. Even amongst Israelis, this region is usually just known as an area to pass through to get to Eilat. There is, however, much to do in this area and those who make the effort to visit Biblical Tamar are rarely disappointed. As a bonus, Israel’s oldest tree is located here, and there is also a crocodile farm!

Biblical Tamar is next to Ein Hatzeva (with a population of 50 residents).  Ein Hatzeva is a town located in the Aravah (in Israel’s deep south) which is an extreme desert, having only about an inch of rain per year. The land mass of this desert is huge (making up a whopping 17% of Israel’s total land mass) yet sparsely populated (around 7000 people or 0.00077% of its population). Even so, the region is an agricultural powerhouse (for example 85% of Israel’s peppers are grown here) due to Israel’s high-tech agricultural methods and state-of-the-art greenhouses.

The first to build here was King Solomon (see 1 Kings 9:17) who built a fortified settlement. How could people survive in an area with almost no rain? Until recently, this town was an oasis with a large freshwater spring (which no longer can be seen because the water is continuously channeled for agricultural use in the surrounding towns). Strategically, Tamar sat on the crossroads of two important routes. One of them (today’s route 227) connected the Kingdom of Edom (who were potential invaders) and Israel’s Negev desert to important coastal cities like Gaza. The other guarded the route (today’s highway 90) from the North and Center until biblical Etzion-Geber and its twin city Elath (today’s Eilat) which was an important port city for trade (see 1 Kings 10:22) and a naval base (see 1 Kings 9:26).

Within a few decades Solomon’s fortress was considered inadequate to serve its purpose, and a new, larger (50 x 50 meters) fortress was built. A few years later, an even larger fortress was built (100 X 100) which incorporated the (50 x 50) fortress into the structure, turning it into a fortress within a fortress. It was used as a storage room and silo, packed with lots of food in case of siege (even if most of the city were to be conquered, the inner fortress represented a defensive “second chance”).

One of the largest and most impressive from this era, the fortress was surrounded by mighty walls, (about 3 meters thick with dirt packed in between them) three protruding towers, and a powerful 4 chambered gate. As it continued to be on the main road from Edom (and Arabia) to Gaza’s port, this city became a way station for travelling traders of valuable goods. Who built this amazing structure? There are four possibilities:

In the days of King Uzziah, a major earthquake caused severe damage to the city (see Amos 1:1 and Zechariah 14:5. For more on this major event and recent findings connected to it, click here). Afterwards, it was rebuilt considerably smaller than before. This fortress was destroyed by Assyrian King Sennaherib during the days of the righteous King Hezekiah, although ultimately G-d performed miracles and Judah was saved from the Assyrians (see 2 Kings 19 and 2 Chronicles: 32).

Although the city remained destroyed, an open-air Edomite cultic site emerged here (this was close to Edom and merchants from that nation would stop here on route to Gaza, using it as a rest stop). During excavations, Archeologists discovered smashed Edomite idols and icons, believed to have been destroyed by the pious King Josiah during his campaign to eradicate temples and objects of idol worship throughout Israel (see 2 Kings: 23).

For the next couple of centuries, the semi-nomadic (and super wealthy) Nabateans (who famously built Petra as their capital city) used this site as a way station. The story of the Nabateans is one of the most fascinating in history. They originated from the deserts of Arabia and Yemen as nomads, trading in valuable spices and perfumes which they brought to the Port in Gaza.  They then exported them to Europe, where they were in high demand among the wealthy. Throughout most of history venturing deep into the desert was dangerous, as water was almost non-existent. Desert life, however, was all the nomadic Nabateans knew and they became adept at finding natural water sources (sometimes underground) and building structures that collected and stored almost every drop of the little rainfall that fell. The fastest way to go from Yemen to Gaza was in a straight line (which passed through the inhabitable Arabian deserts). However, throughout most of history traders had to go the long way from Yemen to Iraq, then Southern Turkey to Syria, and then on to Israel.  This obviously took a long time but to go through the desert would have been a death sentence. The Nabateans, however, could take the desert shortcut which became known as the Spice Route. To go even faster, they placed inns throughout the spice route at certain intervals (usually at a distance equivalent to 12 hours of walking).  They would then pass on the goods to another team who would continue the journey, while the original transporters would return home.  This system proved to be very effective and unprecedentedly lucrative (they yielded a profit of 16 times what they paid for it. This wealth allowed them to build cities like Petra). During the Nabatean period, Tamar was one of these inns.

Towards the end of the 1st century CE, the Romans (who controlled most of Judea, but not Arabia) wanted to take control of the Nabatean lands, in order to be able to tax this lucrative trade. Rather than fight with the Nabateans (who unlike the Romans could just run back to the desert) the Romans went to the Nabatean King Rabbel II Soter and told him that they could remain independent during his lifetime, but that upon his death, his kingdom would be annexed to the Roman Empire. Upon his death in 106 CE, the Romans annexed the territory and turned it into the Roman province of Arabia. As this was the frontier of the Roman Empire (and to protect the profitable spice trade which passed through here) they built a new and stronger fortress on top of the Nabatean one.

During the second half of the 3rd  century (probably in the days of the Roman Emperor Diocletian) the Romans greatly expanded the fortress with strong walls and 4 protruding towers.

Outside of the fortress, a caravanserai (inn) for travelers was built. In addition, an impressive bathhouse was unearthed here. Why was such a large bathhouse needed for a small village in the desert? Because bathhouses were a major component of Roman culture, most towns (no matter how small) had to have a bathhouse (similar to how in present day, most European and North American towns have at least one bar or pub).

In 363 CE, the fortress was destroyed by one of Israel’s most destructive earthquakes (major cities like Petra, Sepphoris, Jericho and much of Jerusalem were destroyed as well). The fortress was never rebuilt, although the Byzantines had a small military outpost here. In the early Islamic period (circa 6th and 7th century) a small agricultural farm was located here and later abandoned. The site would remain uninhabited until the 1930s when a British Mandate police station was built for a Camel squad unit (officers here rode on camels, instead of horses). The British also built a water pump and well which can still be seen by tourists in its pristine shape.

During the 1948 war of independence the IDF captured the police station, and in 1960 the town of Ein Hatzeva was founded. On your next trip to Israel (and especially Eilat) I highly recommend taking the time to visit some of the great sites of the Aravah desert (of which there are many) including the beautiful ruins of Biblical Tamar!

Editor’s Note: All commercial images were provided by and leased by the author. 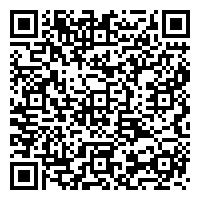