Noted African American author Alice Walker has falsely called Israel an apartheid state and supports the BDS movement, the reality is that the State of Israel is a strong democracy.

Alice Walker, the noted African American author of “The Color Purple,” has called upon African American performer Alicia Keys to not give a concert in Tel Aviv. Her explanation is that Israel is supposedly “an apartheid country that is being boycotted by many global conscious artists.” She urged the performer to go to Gaza instead, the Jerusalem Post reported.


Walker’s statement ignores the political reality in the State of Israel and contradicts a strong support for Israel from past African American leaders. Dr. Martin Luther King Jr. declared less than two weeks before he was assassinated, “Peace for Israel means security, and we must stand with all our might to protect its right to exist, its territorial integrity. I see Israel as one of the great outposts of democracy in the world, and a marvelous example of what can be done, how desert land can be transformed into an oasis of brotherhood and democracy.” Jesse Jackson, similarly, described Zionism as a national liberation movement, not as a racist ideology.

ISRAEL IS NOT AN APARTHEID STATE

As American talk radio personality Dennis Prager has rightly pointed out, when South Africa existed as an apartheid state, no one accused Israel of being an apartheid state because “there was no truth” to such accusations. Such deceptions didn’t work when people saw what apartheid was in front of their own eyes. He claims that for those who have visited Israel the accusation seems “absurd, if not obscene. Indeed, it’s a libel.” In South Africa, from 1948 to 1994, there was an official policy that declared “blacks to be second class citizens in every aspect of life. Blacks couldn’t vote, couldn’t hold political office, were forced to reside in certain locations, couldn’t marry whites, and couldn’t even use the same public restrooms as whites. Not one of those restrictions applies to the many Arabs living in Israel.” To the contrary, Israel’s minorities are thriving, as Freedom House ranks Israel as the only free state in the Middle East. Given this, any one calling for BDS under the guise of protesting against apartheid is attempting to deceive the public.

As Israeli Bedouin diplomat Ismail Khaldi wrote in the San Francisco Gate, “Do Israel’s Arab citizens suffer from disadvantage? You better believe it. Do African Americans 10 minutes from the Berkeley campus suffer from disadvantage – you better believe it, too. So should we launch a Berkeley Apartheid Week, or should we seek real ways to better our societies and make opportunity more available.” He continued, “To the supporters of Israel Apartheid Week, I would like to say: If Israel were an apartheid state, I would not have been appointed here, nor would I have chosen to take upon myself this duty. There are many Arabs, both within Israel and in the Palestinian territories who have taken great courage to walk the path of peace. You should stand with us, rather than against us.”

To learn more, see the video below! 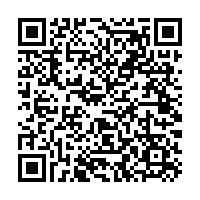