Excavations in a late Roman era synagogue at Huqoq in Israel’s eastern lower Galilee have uncovered a new mosaic depicting the biblical hero and judge, Samson. Jodi Magness of the University of North Carolina at Chapel Hill, who has been conducting archaeological excavations at Huqoq since 2011, notes that while scenes from the Bible are not uncommon in ancient synagogues, mosaics featuring Samson are. Last summer (2012), excavations in the Huqoq synagogue brought to light a scene depicting Samson and the foxes (Judges 15:4). This summer, another section of the mosaic floor was discovered which shows Samson carrying the gate of Gaza (Judges 16:1-3).

Wadi Hamam is the only other ancient synagogue in Israel which has a mosaic with a scene of Samson, while outside of Israel only one ancient building in Turkey which may be a synagogue has a Samson mosaic. However, the Samson mosaics are not the only unusual aspect about the excavations at Huqoq. Magness states, “In most ancient synagogues in Israel with a decorated floor featuring figured designs such as people and animals, the figured decoration is in the center of the synagogue and the aisles have geometric patterns.” However, at Huqoq, there are mosaics with figured scenes in the aisles.”


Magness is puzzled by why mosaics depicting Samson are found at Huqoq, as it was not in the tribal area of Dan. Furthermore, many rabbis of the Talmudic period were not fond of Samson because of his attraction to non-Jewish women. While Magness stated that some positive depictions of Samson survive in rabbinic literature, these traditions are preserved mainly in the Babylonian Talmud, not in the Jerusalem Talmud. Thus, the glorification of Samson in a synagogue mosaic in Galilee goes against the generally negative view of Samson held by many rabbis at that time.

According to Magness, the surviving rabbinic traditions that depict Samson positively “suggest that some Jews considered Samson as a prototype or forerunner of the messiah. He had the potential to be the messiah but wasn’t. The popularity of Samson is connected with those traditions, with traditions that viewed Samson as a deliver and redeemer of Israel. In the area of Mount Arbel and Tiberias, these traditions were popular. This may be why the Samson scenes appear here.”

Interestingly, the mosaics of Samson depict him as a giant figure, even though Samson was not described as such in the Tanakh. However, Magness notes that some rabbinic literature describes Samson as a giant. She emphasized, “By the time of the Mishna and Talmud, there were all sorts of traditions about different figures in the Bible.” Depicting Samson as a giant accords with traditions that considered Samson as a redeemer of the Jewish people!

Adjacent to Samson carrying the gates of Gaza on his shoulders are riders with horses, who apparently represent Philistines. According to Magness, “In the Bible, they have chariots; they are not riding horses. In later Aramaic translations (Targumim), there are descriptions of Philistines riding horses. It is a reflection again of something that doesn’t occur in the biblical account, but in later traditions.”

DEMISE OF THE HUQOQ JEWISH COMMUNITY

Magness is unsure how the Huqoq synagogue met its demise. In front of the synagogue’s bema, there was a pile of stones mixed with ash that was found elsewhere in the synagogue, apparently from the later robbing-out of the bema. Above the synagogue, a medieval structure was built. There are no signs that the synagogue suffered a violent or sudden destruction. Although the synagogue was built in the 5th century, Huqoq is mentioned in the Tanakh in connection with the settlement of the tribes of Asher and Naphtali, and it was a Jewish village in the late Second Temple period and in the time of the Mishna and Talmud. Ishtori Haparchi (1280-1355) mentions a synagogue in Huqoq in his time, perhaps referring to the medieval building above the late Roman synagogue. By the Ottoman period, Huqoq was a Muslim village. 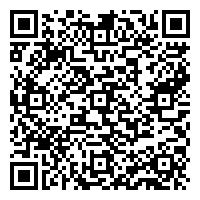