Corporal Mustafa Tabash, 19, is bursting with pride. At the end of this month, he will become the first Bedouin tank commander in the Israel Defense Forces upon completion of the demanding Tank Commanders’ course.

“Being the first Bedouin in the armored units is awesome,” he beamed, according to the IDF website. “Because I am the first Bedouin to take part in the course, everybody is looking at me and it is a chance for me to show off my abilities.”

Tabash, who hails from a Bedouin community in Israel’s north, was always a patriot. Growing up, he had goals for a bright future and felt comfortable living in the State of Israel, “like any citizen,” he told United with Israel in an interview.

He initially served in the IDF as an ammunitions loader. Since his draft was voluntary, he was especially motivated by a feeling of satisfaction at providing an example to other young Israelis, Jews and non-Jews alike.

“I was born here [in Israel], I live here, and I never lacked for anything,” he stated.

His family and friends take pride in his accomplishments – especially his little brother, who can hardly wait to follow suit and join the army in defense of his country, Tabash said.

He acknowledged that the tankers’ course was difficult, but “nothing comes easy,” he added. “It depends on the atmosphere, the peers, the commanders,” and he heaped praise on those with whom he endured the challenging circumstances during training and, in particular, his commanders, who were “very supportive.”

He plans on making a permanent career in the military.

According to Tabash, the State of Israel provides ample opportunity to all its citizens, irrespective of religious and/or national background.

Although Tabash is the first in his community to graduate as tank commander, he is not the first to serve his country – the State of Israel – with honor, whether in the military or in other national roles, such as diplomacy.

Ismail Khaldi, for example, was raised as a shepherd, living in a tent, in a Bedouin village near Haifa. Since 2004, he is the first Bedouin diplomat in the Israeli ministry of foreign affairs. In 2006 he was appointed Israeli consul in San Francisco, becoming the first Bedouin consul of the State of Israel. On several occasions, he has defended Israel as a state with equal rights for all its citizens, irrespective of nationality.

According to an IDF spokesperson, roughly 1,655 Bedouin citizens of Israel serve in the military, with an average annual enlistment of 450.

Among other minority groups, Col. Rassan Alian, according to an announcement by the IDF last week, has been appointed as the next commander of the elite Golani Brigade. The second Druze officer to command an infantry brigade (the first was Imad Fares, commander of the Givate Brigade in 2001-2003), Alian served previously as commander of the Menashe regional brigade in Judea and Samaria. 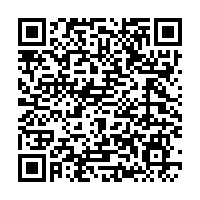