Speaking at the Stand With Us International Women’s Conference in Jerusalem, Shalev described serving as a woman in the male dominated United Nations. She said that whenever she was called into the UN Security Council to discuss the Israeli-Palestinian conflict, she was surrounded by men in black suits with grim looks on their faces. It was an uncomfortable feeling for her, yet these experiences inspired her to become even more Zionist and feminist.

During her post between 2008 and 2010 there were only 25 female ambassadors in the UN and only one female ambassador in the UN Security Council.  Despite the challenges, Shalev shared that the advantage of being a woman was that she was able to reach out, quickly bond, and form lasting friendships with the other female ambassadors.  She also said despite public speeches showing the contrary,  Arab ambassadors were more friendly, including ones from countries with which Israel does not have diplomatic ties.


“Arab men respected women ambassadors more than male ones,” she emphasized.  Shalev stated that while Arab ambassadors continued to be anti-Israel publically, in order to comply with directives given by their respective governments, privately they displayed to her their admiration of Israel and even urged Shalev to report back to the Israeli government that they should finish Operation Cast Lead and defeat Hamas.  She also said that following the flotilla incident with Turkey,  she met with UN officials who respected Israel’s position but who were forced to side with the Arab block to ensure their political future.

Although proud of her service to the State of Israel during those two years she expressed that she would have preferred to have had more time to focus on women’s rights and Israeli humanitarian aid to Africa (a project that began under the leadership of Golda Meir), but because the fact that two-thirds of UN members are anti-Israel and that she served during both the Goldstone Report and Israel’s incident with the Turkish flotilla, she did not have much time to focus on issues other than the Israeli-Palestinian conflict.

Shalev expressed the importance of Israel’s participation in the UN, promoting agenda items that Israel has in common with the UN, and concluded that while “the UN is not a perfect place, neither is the world that we live in and the UN merely represents our world. We must bring the voice of Israel to the world!“ 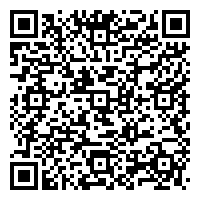